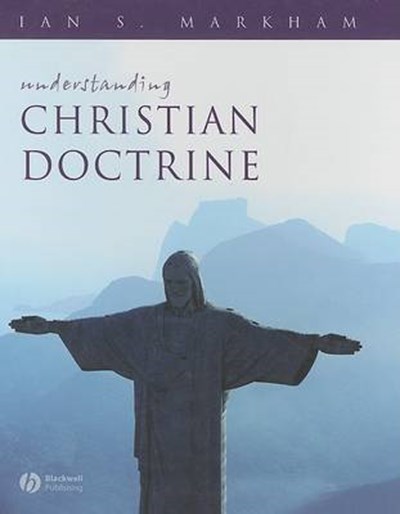 Publisher: John Wiley and Sons Ltd
ISBN: 9781405131520
Number of Pages: 248
Published: 12/11/2007
Width: 20 cm
Height: 24.2 cm
Description Author Information Reviews
Understanding Christian Doctrine introduces Christian theology in an accessible, informed, and systematic way. * A lively introduction to the central beliefs of Christianity, assuming no prior knowledge of theology and Christian doctrine * Explores doctrines such as incarnation, the Trinity, sin, life after death, and the end of the world, and growth areas such as spirituality * Encourages and shows readers how to take a position on these theological issues * Tackles questions that newcomers find particularly perplexing about the Christian worldview, including religion and science, religious pluralism, and the problem of evil * Includes numerous student-friendly features, including useful timelines, brief vignettes of major theologians, and a glossary * Written by internationally-regarded theologian, Ian S. Markham, who is the author of a number of textbooks in religion and theology.

Ian S. Markham is the Dean and President of Virginia Theological Seminary. He is also a Visiting Professor at Leeds Metropolitan University. Awards include the Robertson Fellow 2006, Teape Lecturer in India 2004, Claggett Fellow attached to Washington National Cathedral in 2000, and Frank Woods Fellow at Trinity College, Melbourne in 1997. He is the author and editor of twelve books, including A World Religions Reader, 2nd edition (Blackwell, 2000) and Do Morals Matter (Blackwell, 2006).

"A book which can be commended for a number of reasons. It is an invitation for the reader to engage and discuss the questions of theology, almost a pilgrimage to examine options and learn how to evaluate them." (Expository Times, February 2009) "Markham offers undergraduate students and interested laypeople an accessible and informative introduction to Christian theology ... .[The book] successfully alerts readers both to the major thinkers and to the issues involved." (Theological Book Review, 2008)