An Introduction to its History, Doctrine, and Spiritual Culture 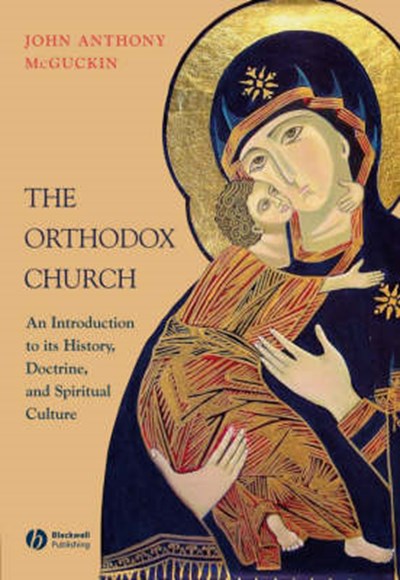 An Introduction to its History, Doctrine, and Spiritual Culture

Publisher: John Wiley and Sons Ltd
ISBN: 9781405150668
Number of Pages: 480
Published: 23/04/2008
Width: 17.8 cm
Height: 25.3 cm
Description Author Information Reviews
This important work offers the most comprehensive and up-to-date account of the Orthodox Church available, providing a detailed account of its historical development, as well as exploring Orthodox theology and culture Written by one of the leading Orthodox historians and theologians in the English-speaking world Offers an in-depth engagement with the issues surrounding Orthodoxy's relationship to the modern world, including political, cultural and ethical debates Considers the belief tradition, spirituality, liturgical diversity, and Biblical heritage of the Eastern Churches; their endurance of oppressions and totalitarianisms; and their contemporary need to rediscover their voice and confidence in a new world-order Recipient of a CHOICE Outstanding Academic Title for 2009 award

Father John Anthony McGuckin is a Stavrofor Priest of the Romanian Orthodox Church. He is the Nielsen Professor of Early Christian and Byzantine Church History at Union Theological Seminary, and Professor of Byzantine Christianity at New York's Columbia University. Professor McGuckin has published more than twenty books on religious and historical themes and is considered one of the most articulate spokespersons of the early Christian and Eastern Orthodox tradition writing in English today.

"As a handbook for what would be considered the traditional Orthodox position on matters of Christian belief, thought and praxis, it is reliable, with relatively few omissions, and well written." (Church History, June 2009) "Throughout he writes with passion, deep sensitivity, and a wonderful evocative clarity." (Logos, May 2009) "[The book] will help the Orthodox to a deeper understanding of the riches of their faith and will introduce the non-Orthodox to fresh ways of thinking about their faith, and both to a renewed engagement with the life of the church." (Ecclesiastical History, April 2009) "The volume's detailed, comprehensive treatment will require and repay a careful reading. Summing Up: Essential." (Choice, April 2009) "McGuckin's hope that his book may contribute to the dialogue between East and West deserves to be realised." (Church Times, October 2008)