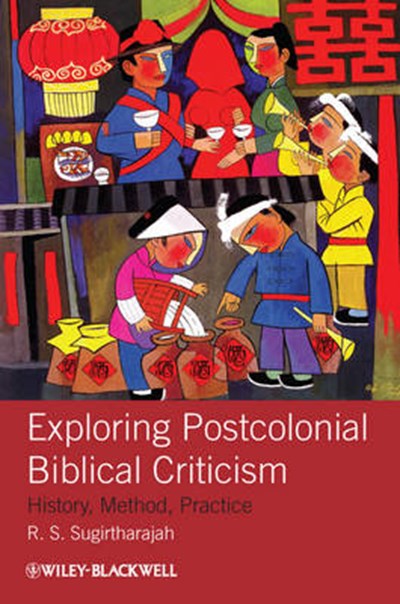 QTY
Add to Basket
Publisher: John Wiley and Sons Ltd
ISBN: 9781405158565
Published: 08/04/2011
Description Author Information Reviews
Exploring Postcolonial Biblical Criticism: History, Method, Practice offers a concise and multifaceted overview of the origins, development, and application of postcolonial criticism to biblical studies.? * Offers a concise and accessible introduction to postcolonial biblical studies * Provides a comprehensive overview of postcolonial studies by one of the field's most prominent figures * Explains one of the most innovative and important developments in modern biblical studies * Accessible enough to appeal to general readers interested in religion

R. S. Sugirtharajah has published widely on biblical interpretation and especially on the intersection between postcolonialism and biblical studies. His publications include, Postcolonial Criticism and Biblical Interpretation (2002), Postcolonial Reconfigurations (2003), The Bible and Empire (2005), Postcolonial Biblical Reader (2006), Still at the Margins (2006), Voices from the Margin (1995, 2006), and Troublesome Texts (2008).

"This book is brilliantly presented with appropriate biblical texts and hermeneutical insights." ( Theology , 1 May 2012) "The book is written by the foremost scholar in this discipline, with an added chapter by, presumably, one of his students to reinforce the point." (Church Times, 21 October 2011)