The Use and Abuse of the Bible 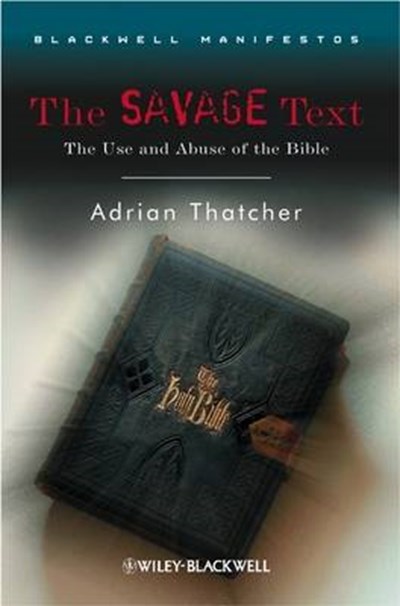 The Use and Abuse of the Bible

Adrian Thatcher is Professorial Research Fellow in Applied Theology at the University of Exeter, UK. He is the author of numerous books, including: Theology and Families (Wiley-Blackwell, 2007); The Guide to Christian Marriage and to Getting Married in Church (2003); Living Together and Christian Ethics (2002); Celebrating Christian Marriage (ed., 2001); Marriage after Modernity: Christian Marriage in Postmodern Times (1999); People of Passion (with Elizabeth Stuart, 1997); Liberating Sex: A Christian Sexual Theology (1993); and Truly a Person, Truly God (1990).

"[The Savage Text] is certainly a valuable--and sane--addition to modern Biblical scholarship." (Tribunal, September 2009) "I have asked conservative Evangelicals whether they are open to the possibility that there could be more than one responsible Christian interpretation of the biblical texts that relate to homosexuality. Adrian Thatcher, in this passionate book, goes much further." (Church Times, February 2009) "A very readable book, Adrian Thatcher presents a well-argued, clear and persuasive case for a peaceable interpretation of Scripture. ... His book deserves to be widely read, not least by all involved in decision-making at whatever level on questions relating to human sexuality." (Methodist Recorder, February 2009) "[Thatcher] approaches the biblical texts under discussion from a range of viewpoints, thereby paying attention to the particular historical context in which these texts originated. With a healthy sense of irony, he distances himself from the misuse of the Bible without rejecting the Bible as such, and therefore his excellent work can only be recommended to Christians of any denomination." (Journal for the Study of Marriage & Spirituality, 2009)