A Meditation on the Christian Doctrine of Original Sin 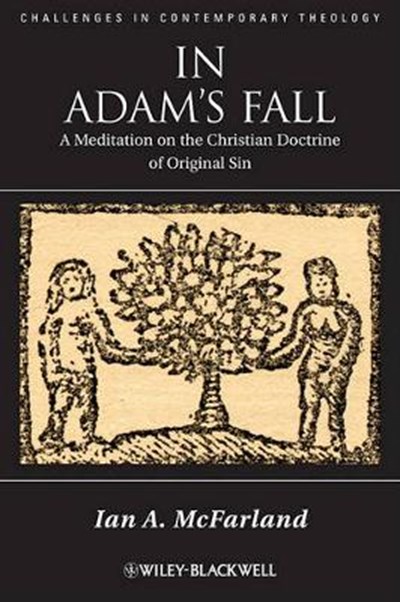 A Meditation on the Christian Doctrine of Original Sin

eBook FAQ
Add to Basket
Publisher: John Wiley and Sons Ltd
ISBN: 9781405183659
Number of Pages: 256
Published: 01/10/2010
Width: 16 cm
Height: 24 cm
Description Author Information Reviews
This engaging and scholarly book offers refreshingly original insights into the contemporary relevance of the Christian doctrine of original sin - one that has inspired fierce debate for the last two millennia. * Challenges the many prevailing opinions about the Christian doctrine of original sin, arguing that it is not only theological defensible, but stimulating and productive for a life of faith * Shows how it is possible to affirm the universality of sin without losing sight of the distinct ways in which individuals both participate in and suffer the consequences of sinful behavior * Balances historic and contemporary criticism with original theological arguments; combining the substance of a traditional Augustinian doctrine of sin with the pastoral and social concerns of contemporary contextual theologies * Provides a depth and range of engagement with contemporary criticism of traditional doctrine that is lacking in other recent treatments of the topic

"Modest in length, but rich in substance ... even those who demur from McFarland's thesis will learn much from a work of competent theology which takes seriously and strives to protect key components in Augustine's understanding of original sin." ( Evangelical Quarterly , 2 April 2012) "Written from an ecumenical Reformed perspective heavily indebted to Augustine and arguably Barth, the book's strength lies in its sophisticated argument in favor of Augustine's enduring relevance to ecclesial life generally and the doctrine of original sin specifically, especially the illuminating discourse on willing which paints a surprisingly complex view of the will in concrete acts of sin." ( Religious Studies Review , 1 December 2011) "Overall, In Adam's Fall is an engaging and historically-informed reflection on a difficult aspect of Christian teaching that stimulates constructive dialogue and further examination." (Studies in Religion, 2012) "Libraries that support advanced classes in theology will find this a worthwhile addition. Recommended. Upper-level undergraduates and above." (Choice, 1 May 2011) "Engagingly written and infused with scholarly sophistication. In Adam's Fall offers refreshingly original insghts into the contemporary relevance of a doctrine of Christian teaching that has inspired fierce debate for over 1,500 years." (Zentrum fur Augustinus-Forschung, 2011) "While unapologetically academic in style, I found this to be most engagingly written and there are few academic books over recent years that have brought me as much pleasure and provoked my thinking to such a degree." (Regent's Reviews, 1 April 2011)