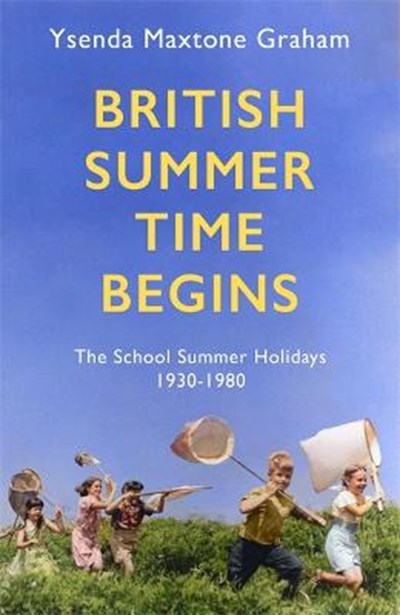 QTY
Add to Basket
Publisher: Little, Brown Book Group
ISBN: 9781408710555
Number of Pages: 352
Published: 09/07/2020
Width: 14.4 cm
Height: 22.5 cm
Description Author Information Reviews
A Sunday Times Book of the Year Sunday Times Top 10 Bestseller British Summer Time Begins is about summer holidays of the mid-twentieth century and how they were spent, as recounted to Ysenda Maxtone-Graham in vividly remembered detail by people who were there. Through this prism, it paints a revealing portrait of twentieth-century Britain in summertime: how we were, how families functioned, what houses and gardens and streets were like, what journeys were like, and what people did all day in their free time. It explores their expectations, hopes, fears and habits, the rules or lack of rules under which they lived, their happiness and sadness, their sense of being treasured or neglected - all within living memory, from pre-war summers to the late 1970s. Ysenda takes us back to the long stretch of time from the last days of June till the early days of September - those months when the term-time self was cast off and you could become the person you really were, and you had (if you were lucky) enough hours in the endless succession of days to become good at the things that would later define your adulthood. The 'showpiece' part of the summer holidays was 'the summer holiday', when families took off to the seaside, or to grandparents' houses teeming with cousins, or on early package holidays to France or Spain, siblings wedged into the back of small cars, roof-racks clattering, mothers preparing picnics. British Summer Time Begins is as much about the long weeks either side of that holiday as the trip itself: the weeks when nothing much officially happened, boredom often lurked nearby, and you vanished for hours on end, nobody much knowing or even caring where you were. Could it be that those unscheduled days were actually the most important and formative of your life? From the author of the beloved Terms & Conditions, British Summer Time Begins is a delightful, nostalgic and joyous celebration of summers.