How We Must Change to Prosper in Europe 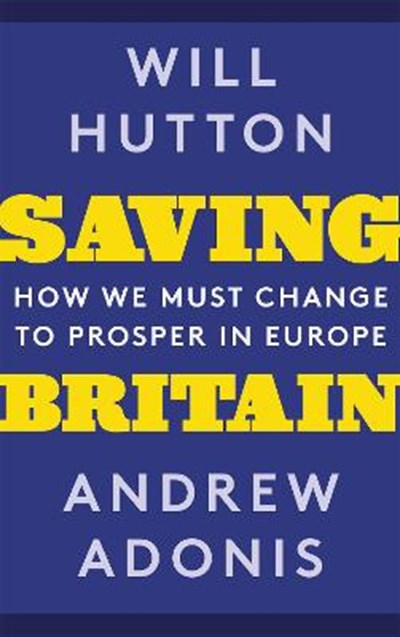 How We Must Change to Prosper in Europe

QTY
Add to Basket
Publisher: Little, Brown Book Group
ISBN: 9781408711224
Number of Pages: 256
Published: 07/06/2018
Width: 14.4 cm
Height: 19.9 cm
Description Author Information Reviews
Britain's Brexit voters are right. They have been shamefully neglected. But the answer is to change Britain, not to leave Europe. This book sets out how we can radically improve the lives of people and communities shut out from prosperity. The EU, despite its frailties and strains, is a success story. The advantages of leaving are illusory: no gains in trade from deals with protectionist China and the United States can compensate for what is being lost in Europe. Britain is weakening a pillar of the world's diplomatic and trade order at the same time as weakening itself - an act of self-harm, especially when so many countries are retreating from democracy, free trade and progressive values. In Saving Britain Will Hutton and Andrew Adonis set out a bold plan to transform Britain and fight for Europe as a force for good at home and abroad.

Will Hutton (Author) Will Hutton is Principal of Hertford College, co-founder of the Big Innovation Centre and a columnist for the Observer, where he was Editor, then Editor-in-Chief for four years. He began his career in journalism as economics editor for the BBC's Newsnight and for the Guardian.