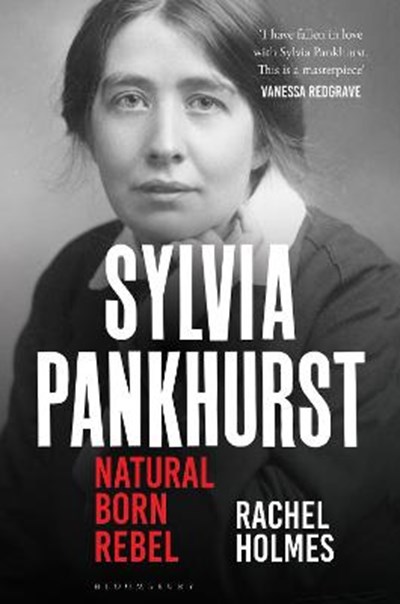 QTY
Add to Basket
Free UK P&P
Publisher: Bloomsbury Publishing PLC
ISBN: 9781408880418
Number of Pages: 976
Published: 17/09/2020
Width: 15.3 cm
Height: 23.4 cm
Description Author Information Reviews
'It's impossible to summarise adequately a book so magnificent' Gerard DeGroot, The Times The definitive biography of Sylvia Pankhurst, a woman ahead of her times - political rebel, human rights champion and radical feminist. Born into one of Britain's most famous activist families, Sylvia Pankhurst was a natural rebel; a talented artist, prolific writer and newspaper editor. A free spirit and radical visionary, history placed her in the shadow of her famous mother, Emmeline, and elder sister, Christabel. Yet Sylvia Pankhurst was the most revolutionary of them all. Sylvia found her voice fighting militantly for votes for women. Her commitment to equality caused her to serve multiple sentences in Holloway prison - where she was tortured. The vote was just the beginning of her lifelong defence of human rights, from her early warnings of the rise of fascism in Europe, to her campaigning against racism and championing of the liberation struggles in Africa and India. Sylvia's adventures in America, Soviet Russia, Scandinavia, Europe and East Africa made her a true internationalist. She was one of the great minds of the modern era, engaging with political giants, including Churchill, Lenin, Rosa Luxemburg, George Bernard Shaw, W.E.B. Du Bois and Haile Selassie. Her intimate life was no less controversial. The rupture between Sylvia, Emmeline and Christabel became worldwide news. Her love affair with the married Keir Hardie was one of the great political romances of the age, and she never married her life partner Silvio Corio, with whom she had a son at the age of forty-five. Acclaimed biographer Rachel Holmes interweaves the personal and political to reveal Sylvia Pankhurst as never before. This major new biography celebrates a life in resistance, painting a compelling portrait of one of the greatest unsung political figures of the twentieth century.

Rachel Holmes is the author of Eleanor Marx: A Life, The Secret Life of Dr James Barry and The Hottentot Venus: The Life and Death of Saartjie Baartman. She is co-editor of Fifty Shades of Feminism and I Call Myself A Feminist. She lives in London.