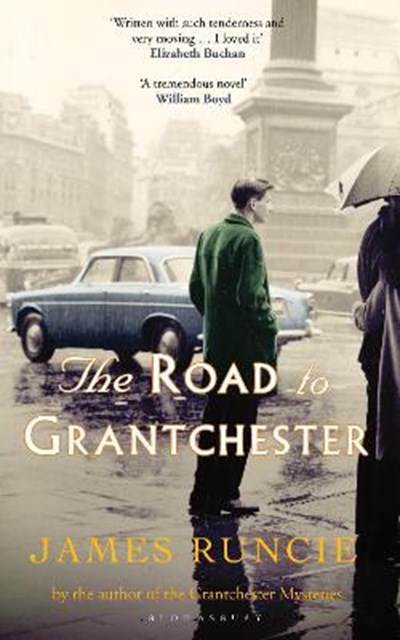 QTY
Add to Basket
Publisher: Bloomsbury Publishing PLC
ISBN: 9781408886854
Number of Pages: 336
Published: 21/03/2019
Width: 13.5 cm
Height: 21.6 cm
Description Author Information Reviews
The captivating prequel to the treasured Grantchester series follows the life, loves and losses of a young Sidney Chambers in post-war London It is 1938, and eighteen-year-old Sidney Chambers is dancing the quickstep with Amanda Kendall at her brother Robert's birthday party at the Caledonian Club. No one can believe, on this golden evening, that there could ever be another war. Returning to London seven years later, Sidney has gained a Military Cross, and lost his best friend on the battlefields of Italy. The carefree youth that he and his friends were promised has been blown apart, just like the rest of the world - and Sidney, carrying a terrible, secret guilt, must decide what to do with the rest of his life. But he has heard a call: constant, though quiet, and growing ever more persistent. To the incredulity of his family and the derision of his friends - the irrepressible actor Freddie, and the beautiful, spiky Amanda - Sidney must now negotiate his path to God: the course of which, much like true love, never runs smooth. The touching, engaging and surprising origin story of the Grantchester Mysteries's beloved Archdeacon, Sidney Chambers, The Road to Grantchester will delight new and old fans alike.

James Runcie is an award-winning film-maker and the author of ten novels that have been translated into twelve languages, including the six books in the Grantchester Mysteries series. In October 2014, ITV launched Grantchester, a prime-time series starring James Norton as Sidney Chambers, which aired its fourth season in spring 2019. James Runcie is a Fellow of the Royal Society of Literature and Commissioning Editor for Arts at BBC Radio 4. He lives in London and Edinburgh. www.jamesruncie.com www.grantchestermysteries.com @james_runcie