Somebody I Used to Know 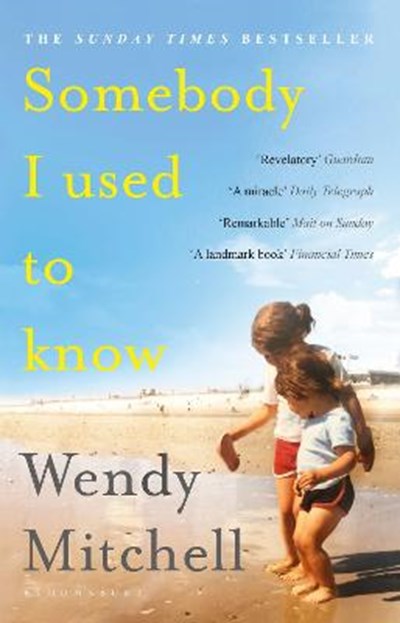 Somebody I Used to Know

QTY
Add to Basket
Publisher: Bloomsbury Publishing PLC
ISBN: 9781408893333
Number of Pages: 320
Published: 07/03/2019
Width: 12.9 cm
Height: 19.8 cm
Description Author Information Reviews
THE RICHARD AND JUDY BOOK CLUB PICK THE SUNDAY TIMES BESTSELLER A BBC RADIO 4 BOOK OF THE WEEK SELECTED AS A BOOK OF THE YEAR BY THE TIMES SELECTED AS A SUMMER READ BY THE SUNDAY TIMES, FINANCIAL TIMES, DAILY TELEGRAPH, THE TIMES AND THE MAIL ON SUNDAY 'Revelatory' Guardian 'A miracle' Telegraph 'Remarkable' Daily Mail 'A landmark book' Financial Times How do you build a life when all that you know is changing? How do you conceive of love when you can no longer recognise those who mean the most to you? A phenomenal memoir - the first of its kind - Somebody I Used to Know is both a heart-rending tribute to the woman Wendy Mitchell once was, and a brave affirmation of the woman dementia has seen her become.

Wendy Mitchell spent twenty years as a non-clinical team leader in the NHS before being diagnosed with Young Onset Dementia in July 2014 at the age of fifty-eight. Shocked by the lack of awareness about the disease, both in the community and in hospitals, she vowed to spend her time raising awareness about dementia and encouraging others to see that there is life after a diagnosis. She is now an ambassador for the Alzheimer's Society and in 2019 she was awarded an honorary Doctor of Health by the University of Bradford for her contribution to research. She has two daughters and lives in Yorkshire. @WendyPMitchell