The Ascent of DH Lawrence 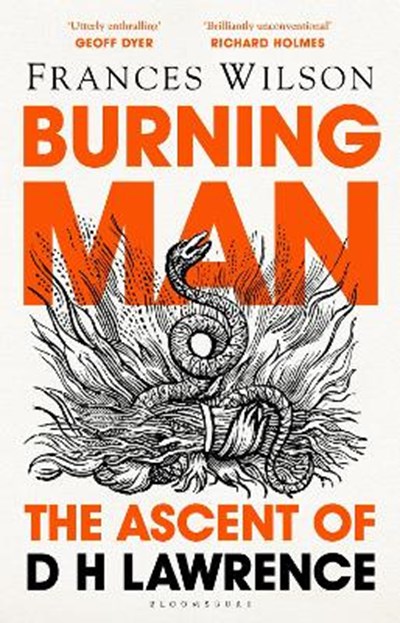 The Ascent of DH Lawrence

QTY
Add to Basket
Publisher: Bloomsbury Publishing PLC
ISBN: 9781408893623
Number of Pages: 512
Published: 27/05/2021
Width: 15.3 cm
Height: 23.4 cm
Description Author Information Reviews
**LONGLISTED FOR THE BAILLIE GIFFORD PRIZE** **SHORTLISTED FOR THE DUFF COOPER PRIZE** PICKED AS A BOOK OF THE YEAR BY THE TIMES, GUARDIAN, SPECTATOR, DAILY TELEGRAPH, NEW STATESMAN, MAIL ON SUNDAY AND TIMES LITERARY SUPPLEMENT 'Frances Wilson writes books that blow your hair back. She makes Lawrence live and breathe, annoy and captivate you ... she conjures the past with such clarity and wit and flair that it feels utterly present' Katherine Rundell 'A brilliantly unconventional biography, passionately researched and written with a wild, playful energy' Richard Holmes _____________________ D H Lawrence is no longer censored, but he is still on trial - and we are still unsure what the verdict should be, or even how to describe him. History has remembered him, and not always flatteringly, as a nostalgic modernist, a sexually liberator, a misogynist, a critic of genius, and a sceptic who told us not to look in his novels for 'the old stable ego', yet pioneered the genre we now celebrate as auto-fiction. But where is the real Lawrence in all of this, and how - one hundred years after the publication of Women in Love - can we hear his voice above the noise? Delving into the memoirs of those who both loved and hated him most, Burning Man follows Lawrence from the peninsular underworld of Cornwall in 1915 to post-war Italy to the mountains of New Mexico, and traces the author's footsteps through the pages of his lesser known work. Wilson's triptych of biographical tales present a complex, courageous and often comic fugitive, careering around a world in the grip of apocalypse, in search of utopia; and, in bringing the true Lawrence into sharp focus, shows how he speaks to us now more than ever. 'No biography of Lawrence that I have read comes close to Burning Man' Ferdinand Mount, author of Kiss Myself Goodbye 'The most original voice in life-writing today' Lucasta Miller, author of Keats

Frances Wilson is a biographer and critic. Her most recent book Guilty Thing: A Life of Thomas De Quincey was longlisted for the Baillie Gifford Prize for non-fiction 2016 and shortlisted for the National Book Critics Circles Award, the LA Times Book Awards, and the BIO Plutarch Prize. It was named Book of the Year in the Guardian, Times Literary Supplement, Spectator, and Telegraph, and cited by Booklist as one of the ten best-reviewed books in America during 2016. How to Survive the Titanic: Or, the Sinking of J Bruce Ismay won the Elizabeth Longford Prize for Historical Biography and The Ballad of Dorothy Wordsworth won the British Academy Rose Mary Crawshay Award. She lives in London.