Image of Christ in Modern Art 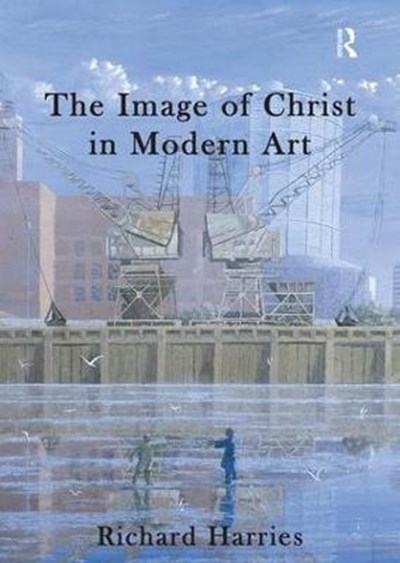 Image of Christ in Modern Art

eBook FAQ
Add to Basket
Publisher: Taylor & Francis Ltd
ISBN: 9781409463825
Published: 25/10/2013
Description Author Information Reviews
The Image of Christ in Modern Art explores the challenges presented by the radical and rapid changes of artistic style in the 20th century to artists who wished to relate to traditional Christian imagery. In the 1930s David Jones said that he and his contemporaries were acutely conscious of 'the break', by which he meant the fragmentation and loss of a once widely shared Christian narrative and set of images. In this highly illustrated book, Richard Harries looks at some of the artists associated with the birth of modernism such as Epstein and Rouault as well as those with a highly distinctive understanding of religion such as Chagall and Stanley Spencer. He discusses the revival of confidence associated with the rebuilding of Coventry Cathedral after World War II and the commissioning of work by artists like Henry Moore, Graham Sutherland and John Piper before looking at the very testing last quarter of the 20th century. He shows how here, and even more in our own time, fresh and important visual interpretations of Christ have been created both by well known and less well known artists. In conclusion he suggests that the modern movement in art has turned out to be a friend, not a foe of Christian art.Through a wide and beautiful range of images and insightful text, Harries explores the continuing challenge, present from the beginning of Christian art, as to how that which is visual can in some way indicate the transcendent.

Richard Harries was Bishop of Oxford from 1987-2006. On his retirement he was made a Life Peer and as Lord Harries of Pentregarth he continues to be active in the House of Lords. He is an Emeritus Gresham Professor, and a Fellow and an Honorary Professor of Theology at King's College, London. He is an Honorary Doctor of Divinity of the University of London and an Honorary Fellow of Selwyn College, Cambridge and of St Anne's College, Oxford. He is the author of 26 books mainly on the interface of Christian faith and the wider culture, including the arts, and he is a Fellow of the Royal Society of Literature. He is the author of The Passion in Christian Art (Ashgate, 2004). His book Art and the Beauty of God, (Continuum 2000) was chosen as a book of the year by the late Anthony Burgess in The Observer. His most recent books include The Re-enchantment of Morality (SPCK), was which was shortlisted for the 2011 Michael Ramsey prize for theological writing.

'The art of our age is by no means as secular as some think, and in this fascinating and finely documented study, Richard Harries traces some of the ways in which the image of Christ has tunnelled its way back into the central territory of the imagination in the work of some surprising modern artists. A fascinating and fresh survey.'Rowan Williams, Magdalene College, Cambridge, UK'This is a finely written, important and original take on the art of the last hundred years. Richard Harries faces the difficulty that modern artists have had in representing Christ in a largely secular and indifferent world. He calls up as witnesses artists such as Rouault, David Jones, Elizabeth Frink, John Piper and many others who make his point that Christ still lives on, and dynamically, in modern art. His argument is bold and completely convincing.'Melvyn Bragg, writer and broadcaster'Until fairly recently, modern art used to be discussed primarily in terms of its formal challenge and its rupturing of traditional habits and expectation. Today, we bring to this art a wider embrace, owing to the many perspectives from which it is now viewed. It is especially interesting to see what happens when a theological lens is held over modern painting and sculpture, as happens here. Richard Harries is an authoritative voice on the relationship between theology and the arts, and he is a brisk, compelling guide to Christian iconography in art. He focuses our attention on a rich seam of imagery, sourced by many things, not least a recurrent desire to return to the old in order to make it new.'Frances Spalding, Nottingham University, UK