No Place for Saints

Mobs and Mormons in Jacksonian America 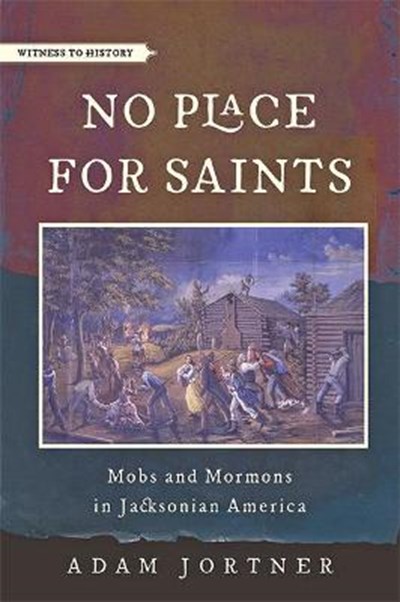 No Place for Saints

Mobs and Mormons in Jacksonian America

QTY
Add to Basket
Publisher: Johns Hopkins University Press
ISBN: 9781421441764
Number of Pages: 200
Published: 29/03/2022
Width: 15.2 cm
Height: 22.9 cm
Description Author Information Reviews
The emergence of the Mormon church is arguably the most radical event in American religious history. How and why did so many Americans flock to this new religion, and why did so many other Americans seek to silence or even destroy that movement? Mormonism exploded across America in 1830, and America exploded right back. By 1834, the new religion had been mocked, harassed, and finally expelled from its new settlements in Missouri. Why did this religion generate such anger? And what do these early conflicts say about our struggles with religious liberty today? In No Place for Saints, the first stand-alone history of the Mormon expulsion from Jackson County and the genesis of Mormonism, Adam Jortner chronicles how Latter-day Saints emerged and spread their faith-and how anti-Mormons tried to stop them. Early on, Jortner explains, anti-Mormonism thrived on gossip, conspiracies, and outright fables about what Mormons were up to. Anti-Mormons came to believe Mormons were a threat to democracy, and anyone who claimed revelation from God was an enemy of the people with no rights to citizenship. By 1833, Jackson County's anti-Mormons demanded all Saints leave the county. When Mormons refused-citing the First Amendment-the anti-Mormons attacked their homes, held their leaders at gunpoint, and performed one of America's most egregious acts of religious cleansing. From the beginnings of Mormonism in the 1820s to their expansion and expulsion in 1834, Jortner discusses many of the most prominent issues and events in Mormon history. He touches on the process of revelation, the relationship between magic and LDS practice, the rise of the priesthood, the questions surrounding Mormonism and African Americans, the internal struggles for leadership of the young church, and how American law shaped this American religion. Throughout, No Place for Saints shows how Mormonism-and the violent backlash against it-fundamentally reshaped the American religious and legal landscape. Ultimately, the book is a story of Jacksonian America, of how democracy can fail religious freedom, and a case study in popular politics as America entered a great age of religion and violence.

Adam Jortner is the Goodwin-Philpott Professor of History at Auburn University. He is the author of The Gods of Prophetstown: The Battle of Tippecanoe and the Holy War for the American Frontier and the Audible lecture series Faith and the Founding Fathers.