From Edinburgh to South India 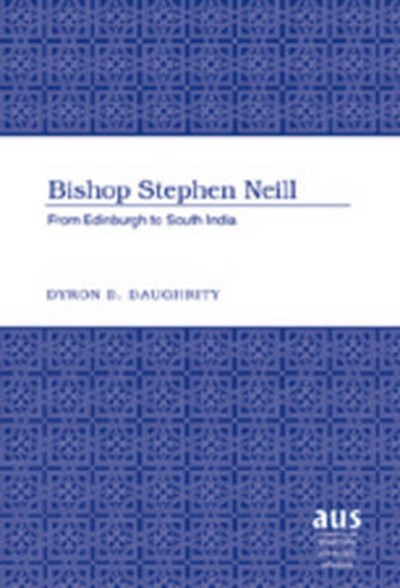 From Edinburgh to South India

QTY
Add to Basket
Publisher: Peter Lang Publishing Inc
ISBN: 9781433101656
Number of Pages: 305
Published: 04/01/2008
Width: 16 cm
Height: 23 cm
Description Author Information Reviews
Bishop Stephen Neill (1900-1984) was one of the most gifted figures of world Christianity during the twentieth century. Once referred to as a "much-tempted, brilliant, enigmatic man" his voluminous writings reveal little about the scholar himself. From his birth in Edinburgh to his stellar student career in Cambridge to his meteoric rise through the clerical ranks in South India, Bishop Neill's life was also riddled with discord. Based on interviews and archival research in India and England, Bishop Stephen Neill: From Edinburgh to South India answers many of the questions surrounding this distinguished Christian statesman's conflicted life up to the abrupt and puzzling termination of his bishopric. This biographical work takes the reader deep into the life and times of one of the doyens of Christian missions. Intersecting with many remarkable personalities during the first half of his life - William Temple, Amy Carmichael, Malcolm Muggeridge, V. S. Azariah, A. D. Nock, Foss Westcott, and Verrier Elwin - Neill's legacy remains. Through his life, readers will enter into the interwoven contexts of India and England during the final decades of the British Raj. Students of Christian missions and world Christianity will find this book indispensable to their libraries.

The Author: Dyron B. Daughrity earned his Ph.D. in the history of religious movements and institutions from the University of Calgary, Canada. He has served as Harris Manchester Fellow at Oxford University and as Visiting Professor at Union Biblical Seminary in Pune, India. He is currently Assistant Professor of Religion at Pepperdine University in Malibu, California.