Life of Augustine of Hippo 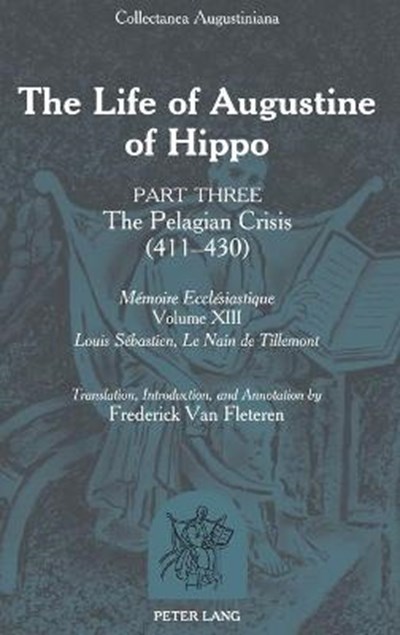 Life of Augustine of Hippo

eBook FAQ
Add to Basket
Publisher: Peter Lang Publishing Inc
ISBN: 9781433102837
Number of Pages: 528
Published: 13/12/2015
Width: 15.5 cm
Height: 23 cm
Description Author Information Reviews
The seventeenth century was the century of Saint Augustine. In 1695, Louis Sebastien, Le Nain de Tillemont, finished volume 13 of his Memoires ecclesiastique, entitled La vie de saint Augustin. The volume consisted of approximately 1200 pages wherein Louis Sebastien gathered from the works of Augustine and elsewhere all extant passages relevant to the biography of Augustine of Hippo. Completed in 1695, the biography was published posthumously in 1700. The work lies in the tradition of Jansenism from Port-Royal and the Leuven. Though an ascetic recluse on the family estate for the last twenty years of his life, he was in touch with important French scholars and the ecclesiastical movements of his time. Louis' work is the first modern biography of Augustine and the most comprehensive of all Augustinian biographies, even today. Modern authors consult him and frequently adopt his theories without citation. His method exercises influence on contemporary Parisian scholarship on Augustine. This English translation has been divided into three volumes covering three time periods: part 1: birth to episcopal consecration (354-396); part 2: the Donatist controversy (396-411); part 3: the Pelagian controversy (411-430).

Frederick Van Fleteren is Professor of Philosophy at LaSalle University, Philadelphia, Pennsylvania. Internationally respected for his scholarship on Augustine of Hippo, he is the general editor of the series Collectanea Augustiniana. Professor Van Fleteren has edited three volumes of Anselm Studies and has contributed to several other volumes in that series. He has is co-editor of Columbus and the New World and a biography of Prince Demetrius Gallitzin. For many years he has served as associate editor of Augustinian Studies and is co-editor of the critically acclaimed Augustine through the Ages: An Encyclopedia, which has been translated into Italian, French, and Spanish. He is the author of an ethics text, Fundamental Principles of a Natural Law Ethic. He has contributed countless articles to philosophical and theological journals in several languages and has served as a publisher and journal reviewer on Augustine of Hippo and Anselm of Canterbury. He is a Life Member of Clare Hall, Cambridge and has three times been a visiting fellow at Fundazione Bruno Kessler in Trento, Italy. A much sought-after speaker internationally, he has lectured at several universities and conferences in North America, Europe, and Asia.