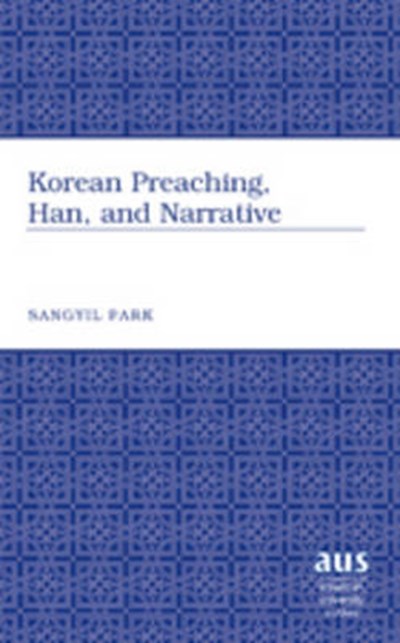 QTY
Add to Basket
Publisher: Peter Lang Publishing Inc
ISBN: 9781433104497
Number of Pages: 179
Published: 28/10/2008
Width: 16 cm
Height: 23 cm
Description Author Information Reviews
Korean Preaching, Han, and Narrative defines a narrative style of preaching as an alternative to the traditional expository and topical preaching that has dominated the Christian pulpit in Korean culture for more than one hundred years. From a psychological and aesthetic perspective, this book shows how humor in sermons can have a cathartic effect on Korean listeners. Furthermore, the narrative devices of Chunhyangjun suggest an endemic model for Korean Christian narrative preaching to bring the minjung healing from their han and transform their lives through the Gospel.

The Author: Sangyil Park is Associate Professor of Preaching at American Baptist Seminary of the West and the Graduate Theological Union, Berkeley, California. Dr. Park received his M.Div. from Drew University in Madison, New Jersey, and his Ph.D from the Graduate Theological Union. An ordained United Methodist Church minister, Dr. Park has been pastor of churches in Pennsylvania and California. His recent research has been focused on multicultural preaching and prophetic preaching.