Toward a Womanist Homiletic 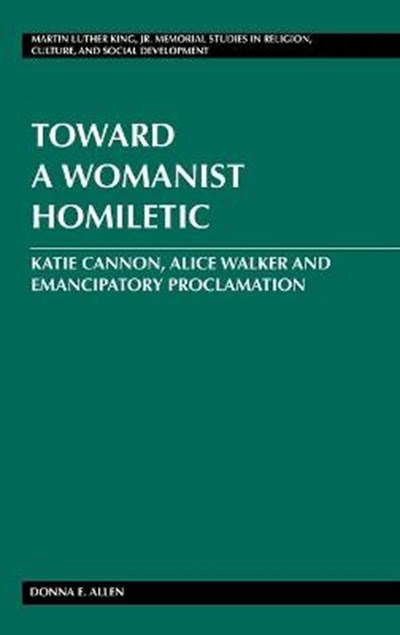 Toward a Womanist Homiletic

QTY
Add to Basket
Publisher: Peter Lang Publishing Inc
ISBN: 9781433113611
Number of Pages: 95
Published: 31/03/2013
Width: 15.5 cm
Height: 23 cm
Description Author Information Reviews
The sermon is a major theological voice in the Black church; it carries enormous influence and is traditionally and predominantly a Christian-based theoethical construct. Through the sermon, the preacher negotiates the contours of African American sacred and secular culture. The congregation is invited to examine social morals and values according to the faith claims of the sermon. Toward a Womanist Homiletic builds on the work of Katie G. Cannon and Alice Walker to offer a womanist paradigm for analyzing the sermons of Black women and proposes the content of a womanist homiletic. This womanist homiletic is a foundational construct that includes an examination of theological language, the insights on the 'trans-rational' nature of preaching and the function of embodiment and performed identity in preaching. It also includes insights from a womanist critique of language in Black preaching, particularly the prevalence of derogatory language about women in the sacred rhetoric of Black preaching.

Donna E. Allen received her PhD from Vanderbilt Divinity School in Nashville, Tennessee. She has taught throughout the United States, including at Saint Paul School of Theology, a United Methodist Seminary in Kansas City, Missouri, Lancaster Theological Seminary of the United Church of Christ in Lancaster, Pennsylvania, Pacific School of Religion in Berkeley, California, and the American Baptist Seminary of the West in Berkeley, California. Rev. Allen is the founder and pastor of New Revelation Community Church, a nondenominational church based in Oakland, California.