Engaging Islam from a Christian Perspective 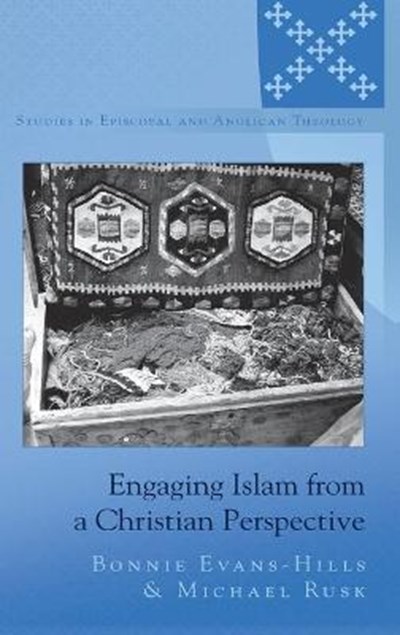 Engaging Islam from a Christian Perspective

eBook FAQ
Add to Basket
Publisher: Peter Lang Publishing Inc
ISBN: 9781433119392
Number of Pages: 284
Published: 28/04/2015
Width: 15.5 cm
Height: 23 cm
Description Author Information Reviews
Is it possible to bridge two faiths, to cross through myriad cultures, and to seek to understand some of today's great global crises from the viewpoint of the other? With an estimated 5 million Muslims in the United States, Islam is a faith that invites attention. Beginning with the perceived dissonance of east and west, of Christianity and Islam, and working through the complexity of antagonistic worldviews that have been perpetuated over the centuries, Engaging Islam from a Christian Perspective seeks to rediscover the deep interconnectedness between these two world faiths. The political upheavals experienced across North Africa and the Middle East and the emergence of the Islamic State in Iraq and Syria and Boko Haram in north east Nigeria indicate the urgency and importance of establishing constructive dialogue. This book sets local dialogue in the wider context of the significant international conversations that have been taking place between the two faiths. The emergence of Scriptural Reasoning as a major tool of inter-religious dialogue is explained and illustrated. However, this perspective is balanced by a consideration of how dialogue can proceed while acknowledging the diatribe, hostility, and violence that in some parts of the world terrorize adherents of both faiths. Re-establishing a dialogue of trust, three areas are explored that reveal the potential radical outcomes of meaningful dialogue. An important corrective is given as to how women perceive themselves as Muslims; the question of whether one can be actively gay and Muslim is raised; and the complex issues surrounding inter-faith worship are sensitively explored. Engaging Islam from a Christian Perspective offers the intriguing possibility that local conversation can bring about profound transformation to both faiths.

The Reverend Bonnie Evans-Hills received her MA in pastoral theology from Heythrop College, University of London. She has considerable experience in Muslim-Christian dialogue, focusing in particular on dialogue with Shia Islam following a three-year study in Qom, Iran. Evans-Hills participated in a theological exchange at al-Azhar University in Cairo for the Anglican Communion's al-Azhar Dialogue. She is currently Diocesan Inter-Faith Adviser and a parish priest in the Diocese of St. Albans, England, and serves on the national Presence and Engagement Task Group mandated by General Synod to resource multi-faith parishes. Evans-Hills has also worked with the World Council of Churches in dialogue with scholars from Iran and presented her guidelines on "Gender and Inter-Religious Dialogue" at the WCC 2013 Assembly in Korea. Canon Michael Rusk is an Anglican priest in the Diocese of Leicester where he is Team Rector of the multi-faith parish of Oadby. Educated at the universities of Cambridge and of Durham with degrees in classics and theology, he now brings his theological expertise and practical experience of inter-religious dialogue to the advocacy of Muslim-Christian dialogue.