Andrew of Bethsaida and the Johannine Circle

The Muratorian Tradition and the Gospel Text 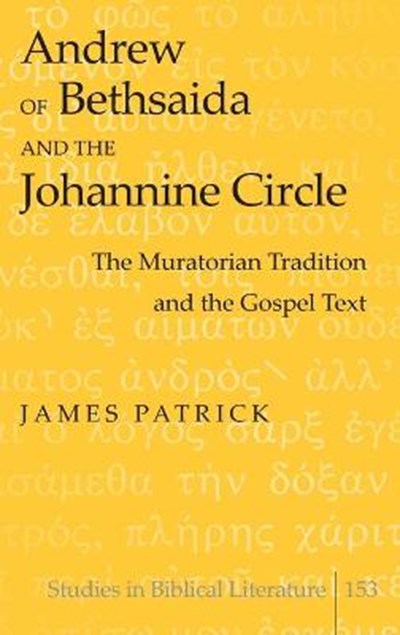 Andrew of Bethsaida and the Johannine Circle

The Muratorian Tradition and the Gospel Text

QTY
Add to Basket
Publisher: Peter Lang Publishing Inc
ISBN: 9781433120251
Number of Pages: 177
Published: 30/09/2013
Width: 15 cm
Height: 22.5 cm
Description Author Information Reviews
This book is a reading of the text of the Gospel of John in light of a tradition of Johannine authorship represented by the Muratorian Fragment, Papias of Hierapolis, and the Anti-Marcionite Prologue, all which are taken to reflect the influence of a common tradition represented by Jerome, Clement of Alexandria, and Victorinus of Pettau. Taken together these suggest that the Gospel of John was the work of the late first- or early second-century John the Presbyter who mediated the tradition of a distinctive group of Johannine disciples among whom Andrew was most important.

James Patrick earned his ThD at Trinity College, Toronto, and was a founder of the College of Saint Thomas More in Fort Worth, Texas, of which he is presently Chancellor Emeritus. He was the recipient of the Dwight Greek Medal at the University of the South and the Alumni Award for Achievement in the Humanities of Auburn University. His previous publications include The Magdalen Metaphysicals: Orthodoxy and Idealism at Oxford, 1901-1945 and The Beginning of Collegiate Education West of the Appalachians: The Achievement of Dr. Charles Coffin of Greeneville. He is Senior Fellow of the Walsingham Society of Dallas, Texas.