Rome and Judea in Transition 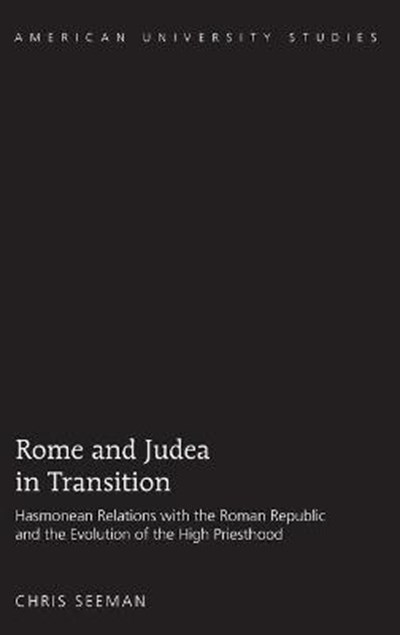 Rome and Judea in Transition

QTY
Add to Basket
Publisher: Peter Lang Publishing Inc
ISBN: 9781433121036
Number of Pages: 250
Published: 31/05/2013
Description Author Information Reviews
Rome and Judea in Transition is the first English-language book to study exclusively the first century and a half of Roman-Judean political relations (164-37 B.C.). It presents a comprehensive reassessment of the Late Republic's involvement in the Levant, the motives of Hasmonean diplomacy, and the development of the Jewish high priesthood. Therefore, it is of interest to classicists, ancient historians, biblical scholars, and students of Judaica alike. Previous studies have often mischaracterized this period as a consistent unfolding of Rome's hegemonic will at Jewish expense. By contrast, this book argues that the Republic harbored no imperial designs on Judea prior to Pompey's opportunistic intervention in 63 B.C., and that Rome's subsequent intermittent meddling in the region's governance did not significantly alter the dynamics of the Hasmonean state. Only with the Parthian invasion of Syria in 40 B.C. - and because of it - did the Republic unilaterally reshape Judean politics by its elevation of Herod the Great as "King of the Jews." Judea's alliance with Rome began in the context of Judas Maccabeus' revolt against Seleucid rule. Scholars have therefore understandably assumed that the primary hope of Judas' successors was that Roman recognition would secure and extend Judean sovereignty. This book argues that the main motive for Hasmonean diplomacy was domestic: to advertise the legitimacy of the Maccabees against their Jewish rivals. For this reason, the documentary record of relations with the Republic is of great value for studying the ideology and institutional growth of high priestly power during this period.

Chris Seeman holds a PhD in Near Eastern religions from the University of California at Berkeley. He is Associate Professor of Theology at Walsh University in North Canton, Ohio. His previous publications include contributions to The Eerdmans Dictionary of Early Judaism, The Lexham Bible Dictionary, and Blackwell's Encyclopedia of Ancient History.