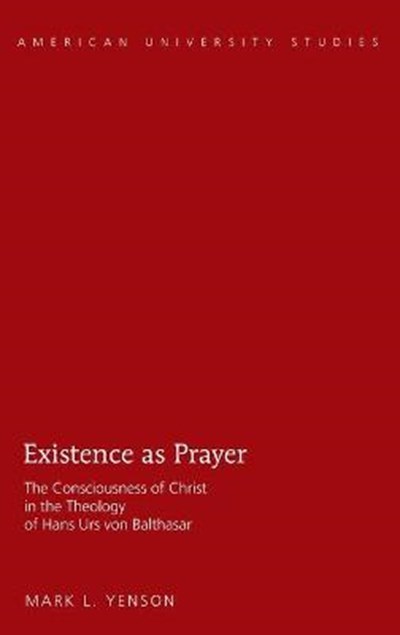 QTY
Add to Basket
Publisher: Peter Lang Publishing Inc
ISBN: 9781433122132
Number of Pages: 231
Published: 13/12/2013
Width: 15.5 cm
Height: 23 cm
Description Author Information Reviews
Existence as Prayer: The Consciousness of Christ in the Theology of Hans Urs von Balthasar explores a major and controversial aspect of the thought of the Swiss theologian Hans Urs von Balthasar, the question of Christ's human consciousness. Although this issue is often cited in studies of Balthasar's theology, Mark L. Yenson analyzes it as a nexus for understanding the broader dynamics of Christology, Trinitarian theology, anthropology, and metaphysics in Balthasar's works. Rather than providing mere exposition, Yenson sets Balthasar's approach to Christ's consciousness against the background of the Council of Chalcedon and its reception, culminating in the all-embracing Christological vision of the great Byzantine thinker Maximus the Confessor. Balthasar's groundbreaking study of Maximus, Cosmic Liturgy, is shown to provide some important keys to Balthasar's later thought, and reveals Maximus as a vital resource for modern Christology. While this study is a significant contribution to the critical discussion of Balthasar's work, it will also serve as a valuable resource for anyone engaged in Christology. It will be extremely useful in advanced courses on Balthasar, classical Christology and its reception, and contemporary Christological questions.

Mark L. Yenson holds degrees in English literature and a PhD in theology from the University of St. Michael's College, Toronto. He is currently Assistant Professor of Religious Studies and Catholic Studies at King's University College, London, Ontario, and an active member of the Von Balthasar Consultation of the Catholic Theological Society of America.