The Worldview of the Nazareth Baptist Church in Colonial South Africa 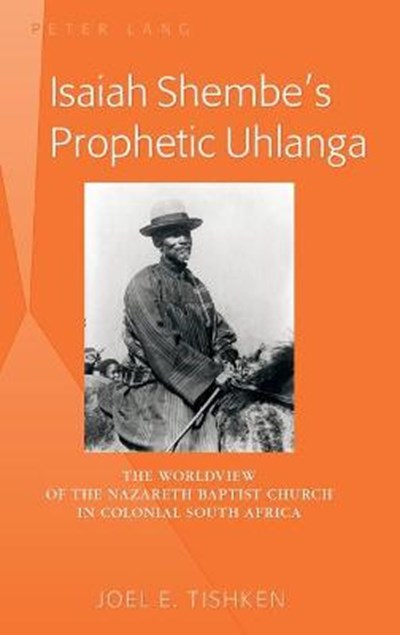 The Worldview of the Nazareth Baptist Church in Colonial South Africa

QTY
Add to Basket
Publisher: Peter Lang Publishing Inc
ISBN: 9781433122859
Number of Pages: 232
Published: 31/05/2013
Width: 15 cm
Height: 22.5 cm
Description Author Information Reviews
Isaiah Shembe's Prophetic Uhlanga: The Worldview of the Nazareth Baptist Church in Colonial South Africa examines the worldview generated and sustained by the Zulu Zionist prophet Isaiah Shembe and his congregation, the Nazareth Baptist Church, during South Africa's colonial era. The book contends that the worldview embraced by Shembe and his congregants was prophetically defined and reified. This argument challenges nationalist and postcolonialist discourses about colonized populations that have viewed empire and its consequences as the prime determinants of colonized individuals' lives. Through a close reading of the church's records, Joel E. Tishken demonstrates that at the heart of the narrative Shembe and church members told of themselves was a sincere and faithful conviction that Shembe was God's anointed prophet and his followers God's new chosen people. Within their understanding of colonial South Africa, British imperialism and white supremacy were part of God's cosmic vision to provide atonement and salvation for Africans - plans they believed God was prophetically communicating to Shembe. The historical narrative, theology, and identity of Shembe and his parishioners revolved around this prophetically prescribed explanation for the conditions of colonial Africa. Thus, Tishken argues that colonized communities interpreted their worlds in much more creative and complex ways than scholars have recognized. This book is applicable to courses on imperialism, South Africa, African religions, and the history of Christianity.

Joel E. Tishken received his PhD in history from the University of Texas at Austin in 2002. From 2002-2008 he was assistant and associate professor at Columbus State University in Columbus, Georgia. Since 2008 Tishken is assistant professor of African and World history at Washington State University. His research interests are in the history of colonial South Africa, African Christianities, and neo-indigenous religions. Tishken's publications include: Sango in Africa and the African Diaspora, coedited with Toyin Falola and Akintunde Akinyemi, 2009; guest-editor for a special edition on African Christianity in Nova Religio (Aug. 2009); The History of Prophecy in West Africa: Indigenous, Islamic, and Christian in History Compass (2007); and Whose Nazareth Baptist Church?: Prophecy, Power, and Schism in South Africa in Nova Religio (2006).