Worship and the Risen Jesus in the Pauline Letters 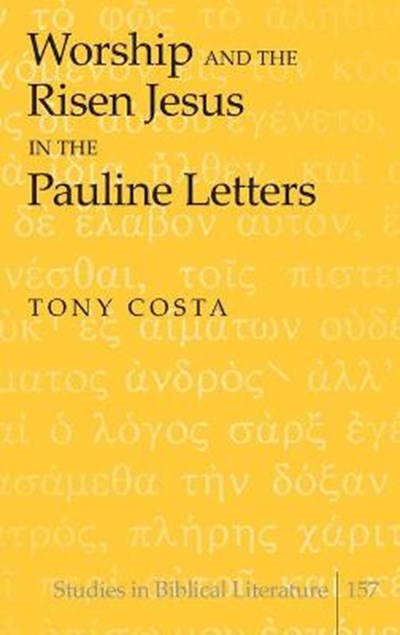 Worship and the Risen Jesus in the Pauline Letters

QTY
Add to Basket
Publisher: Peter Lang Publishing Inc
ISBN: 9781433122903
Number of Pages: 501
Published: 30/09/2013
Width: 15 cm
Height: 22.5 cm
Description Author Information Reviews
The very essence of the existential relationship between the human and the divine is communicated by the English word, 'worship'. Although the word appears to carry a univocal meaning in English, no such word per se exists in the Greek New Testament. The English word at best explains but does not adequately and completely define the dynamics involved in the relationship between humanity and God. Worship and the Risen Jesus in the Pauline Letters approaches the subject of Christian worship in respect to its origins from the perspective of the earliest New Testament writer: Paul. This book seeks to address the relative absence in scholarship of a full treatment of worship in the Pauline Letters. Closely related to the theme of Christian worship in the Pauline Letters is the person of the risen Jesus and the place he occupies in the faith community. This work proposes a proper working definition of, including criteria for, 'worship'. Paul employed an array of Greek words as descriptors to communicate the various nuances and dimensions related to one's relationship with God. 'Worship' also functioned for Paul as a boundary marker between believers and unbelievers vis-a-vis baptism and the Eucharist. The eschatological and teleological aspects of worship are also examined through a study of the Carmen Christi (Phil 2: 6-11). This study maintains that worship in Paul is not defined by any one word but is rather a composite and comprehensive personal religious relationship between the worshipper and God.

Tony Costa earned his PhD at Radboud Universiteit Nijmegen in the Netherlands in the areas of theology and New Testament. He received his B.A. in religious studies and his M.A. in early Christianity from the University of Toronto. His research interests include early Christian origins and worship and Christianity and contemporary society. He is Professor of Theology and Apologetics at the Toronto Baptist Seminary in Toronto, Canada. In addition, he serves as Adjunct Professor of Biblical Exegesis and Systematic Theology at Providence Theological Seminary in Colorado Springs, Colorado. He also serves as a Guest Researcher with the Research Institute for Theology and Religion at the University of South Africa in Pretoria, South Africa. He has published essays in the Early Christianity in Its Hellenistic Context series (2013).