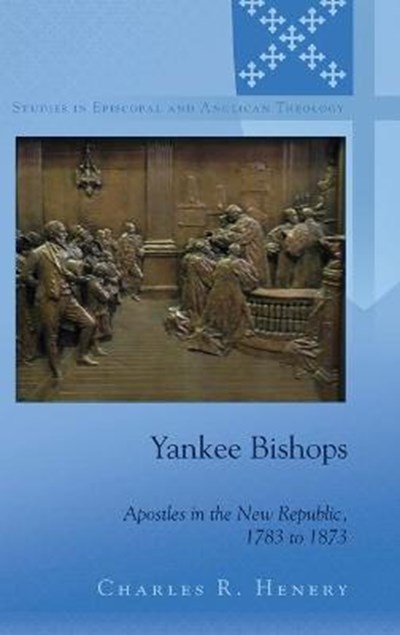 eBook FAQ
Add to Basket
Publisher: Peter Lang Publishing Inc
ISBN: 9781433123610
Number of Pages: 351
Published: 30/12/2014
Width: 15 cm
Height: 22.5 cm
Description Author Information Reviews
The office of bishop in the Episcopal Church in the United States has long begged attention from historians. Yankee Bishops: Apostles in the New Republic, 1783 to 1873 is the first collective examination of the American episcopate and offers critical insight into the theory and practice of episcopal ministry in these formative years. In this period, one hundred men were elected and consecrated to the episcopal order and exercised oversight. These bishops firmly believed their office to mirror the primitive pattern of apostolic ministry. How this primitive ideal of episcopacy was understood and lived out in the new republic is the main focus of this study. Yankee Bishops is also the first book to scrutinize and analyze as a body the sermons preached at episcopal consecrations. These valuable texts are important for the image and role of the bishop they propagate and the theology of episcopacy expounded. The final portrait that emerges of the bishop in these years is chiefly that of a sacramental and missionary figure to whom the pastoral staff came to be bestowed as a fitting symbol of office. These bishops were truly apostolic pioneers who carved out a new, vigorous model of ministry in the Anglican Communion. Yankee Bishops will be a primary source in Anglican and ecumenical studies and of general interest to the reader of American religious and social history.

Charles R. Henery served as Priest-in-Charge of the Episcopal Church of St. John Chrysostom in Delafield, Wisconsin. He was sometime Professor of Church History and Homiletics and Sub-Dean at Nashotah House Theological Seminary in Nashotah, Wisconsin. He received his Th.D. in American church history from The General Theological Seminary in New York City. He is the editor of Beyond the Horizon: Frontiers for Mission (1986) and A Speaking Life: The Legacy of John Keble (1995) and co-editor of Spiritual Counsel in the Anglican Tradition (2010).