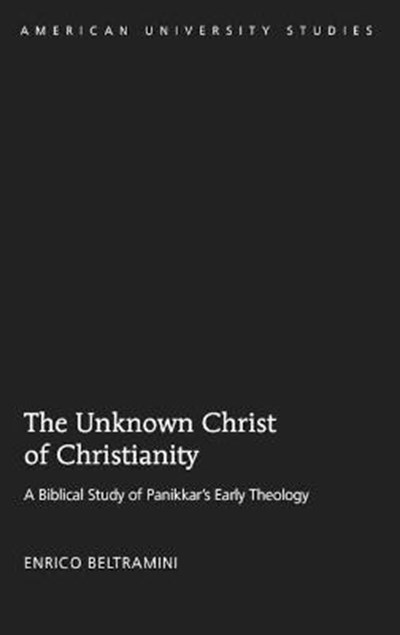 eBook FAQ
Add to Basket
Publisher: Peter Lang Publishing Inc
ISBN: 9781433124112
Number of Pages: 216
Published: 08/12/2020
Width: 15 cm
Height: 22.5 cm
Description Author Information Reviews
Since its publication in 1964, The Unknown Christ of Hinduism has been singled out for praise as the quintessential example of Raimon Panikkar's engagement with theology of religions. Controversies over the real meaning of the title and the author's remark that Christ is unknown to Hindus and a fortiori to Christians have been waged among generations of scholars. Refusing to isolate Panikkar's concerns with the Hindu-Christian dialogue from much larger theological and biblical debates occurring in the period before and during the Vatican Council II, this book suggests that the unknown Christ of Christianity is the plastic representation of an insufficient degree of universality of the Church. Rejecting traditional interpretations that identify a gulf between the first and the second edition of The Unknown, this book argues for a continuity in Raimon Panikkar's thought.

Enrico Beltramini is Senior Lecturer in the Department of Religious Studies at Notre Dame de Namur University, California. He holds doctoral degrees in theology (Vidyajyoti College of Theology, Delhi), history (Royal Holloway, University of London), and business (Manchester Business School). His research deals with theology of religions, with a special focus on Roman Catholicism and India in the 20th century. His previous book is Passage of India. Abhishiktananda and the Recovery of the Supernatural in Roman Catholicism (2020), and his research has appeared in several academic journals, including Exchange, International Bulletin of Mission Research, Journal of Hindu-Christian Studies, Mission Studies, Studies in World Christianity, and Vidyajyoti Journal of Theological Reflection.