Thoughts on Francis of Assisi 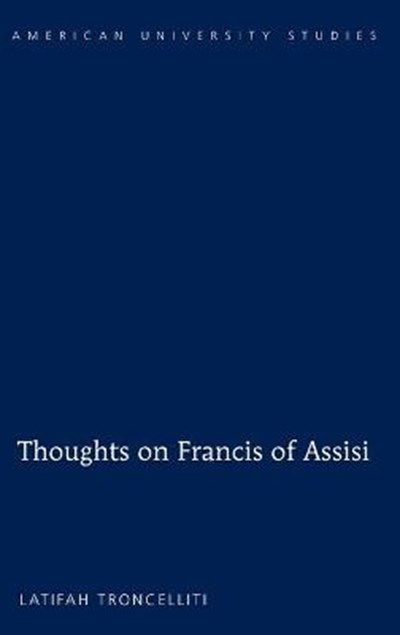 Thoughts on Francis of Assisi

QTY
Add to Basket
Publisher: Peter Lang Publishing Inc
ISBN: 9781433124433
Number of Pages: 128
Published: 13/12/2013
Width: 15.5 cm
Height: 23 cm
Description Author Information Reviews
Francis's forma vitae for the Fratres Minores, the original rule for the Franciscan Order, was meant to establish peace and equality among people who worked together in a community, yet each using his own particular talent: an ideal that had a short life. At Francis's death, Pope Gregory IX took the opportunity to use Francis's popularity in order to satisfy his political ambition. Despite the protest of Francis's closest brothers and sisters, the ones who had shared the true experience of the order during his life, the Pope changed Francis's forma vitae into something more palatable and useful to the Church. The Franciscan Order became a tool for the Church to reassert control on every issue and in every situation regarding spirituality, religious dogmas, the position of women in society, and material possession. Many of these issues had never been on Francis's agenda. While making Francis a famous saint with a spectacular canonization, at the same time the Church ignored Francis's original and revolutionary concept often deeply opposed to the Church's politics. Thoughts on Francis of Assisi illustrates with historical details the Franciscan Order's makeover devised by the Catholic Church after Francis's death. The Franciscan Order was never what Francis had created. Thoughts on Francis of Assisi is essential reading for graduate course in History, Religious Studies, and Italian Studies.

Latifah Troncelliti completed her PhD in Romance Languages at the University of Oregon and is now Associate Professor in the Modern Languages Department at Saint Bonaventure University in New York. Her first book, The Two Parallel Realities of Alberti and Cennini: The Power of Writing and the Visual Arts in the Italian Quattrocento, appeared in 2004. She has written articles on the subject of art practice and art theory; she has become every more interested in Church history, considering that the Catholic Church's influence upon artistic expression was a determining factor in the development of Italian art.