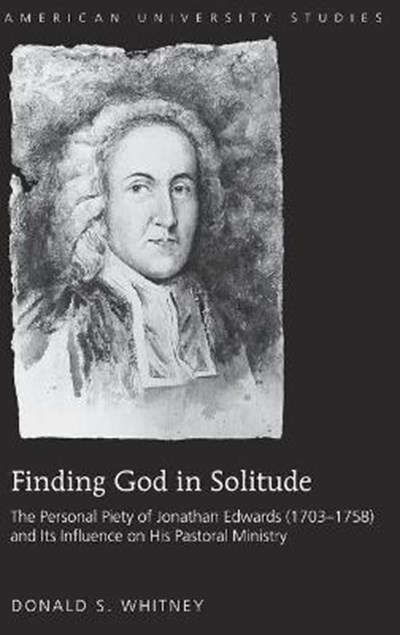 eBook FAQ
Add to Basket
Publisher: Peter Lang Publishing Inc
ISBN: 9781433124440
Number of Pages: 178
Published: 30/10/2014
Width: 15 cm
Height: 23 cm
Description Author Information Reviews
Finding God in Solitude explores the devotional piety of one of America's most important religious figures, Jonathan Edwards (1703-1758) of Massachusetts. From his childhood to his death shortly after becoming president of Princeton, and especially from his Christian conversion through his Northampton pastorate and the Great Awakening to his missionary work among Indians on the frontier, Edwards' personal spirituality is evaluated, particularly in terms of its impact upon his pastoral ministry. Specifically, the influence of his private piety on his public labors is considered in terms of his pastoral relationships, his pastoral preaching, and his pastoral publications. Edwards' piety and his pastoral ministry are also assessed in light of their relative consistency with both the English Puritan and Colonial New England Puritan heritage from which Edwards was descended. This book would be useful in courses on Jonathan Edwards, American religious history, Colonial New England, Puritanism, Christian spirituality, or pastoral ministry.

Donald S. Whitney received a DMin from Trinity Evangelical Divinity School in Deerfield, Illinois, and a PhD in theology from the University of the Free State in Bloemfontein, South Africa. Since 2005 he has been Professor of Biblical Spirituality and Associate Dean at The Southern Baptist Theological Seminary in Louisville, Kentucky. Prior to this he taught for ten years at Midwestern Baptist Theological Seminary in Kansas City, Missouri. With twenty-four years of pastoral experience, Whitney is the author of seven books, including Spiritual Disciplines for the Christian Life.