Preaching and the Theological Imagination 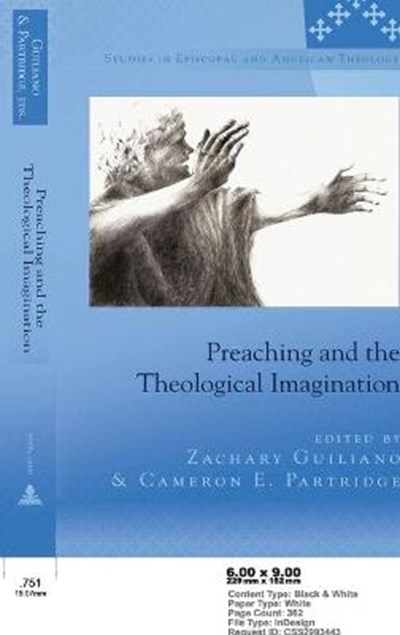 Preaching and the Theological Imagination

eBook FAQ
Add to Basket
Publisher: Peter Lang Publishing Inc
ISBN: 9781433125003
Number of Pages: 344
Published: 13/02/2015
Width: 15.5 cm
Height: 23 cm
Description Author Information Reviews
In an era in which The Episcopal Church and the Church of England have become increasingly alarmed about numerical decline, Christian proclamation has become more important than ever. To fully meet this challenge, Anglicans must reclaim a vocation to preach the good news with both deep theological grounding and imaginative dynamism. Crucial to this process is a sustained engagement with deepening the theological imagination of the whole Christian community, through renewed practices of, and approaches to, preaching, study, and spiritual development.

Zachary Guiliano is a doctoral candidate in medieval history at St. John's College (Cambridge) and a Gates Cambridge Scholar (2012-2015). His research focuses on patristic and early medieval biblical interpretation, preaching, and religious life, especially on the uses of the Homiliary of Paul the Deacon in the Carolingian era. He is co-editor with Charles Stang of The Open Body: Essays in Anglican Ecclesiology (Peter Lang, 2012) and the author of articles in Encyclopedia of the Bible and Its Reception, Studia Patristica, and The Living Church. He is also editor of the Covenant weblog. Cameron E. Partridge is Lecturer and Counselor for Episcopal and Anglican Students at Harvard Divinity School and the Episcopal Chaplain at Boston University. He received his ThD from Harvard Divinity School, focusing on conceptions of embodiment, Christology, and asceticism in patristic and contemporary Christian theology. He is the author of essays in The Open Body: Essays in Anglican Ecclesiology (Peter Lang, 2012) and Theology and Sexuality (forthcoming).