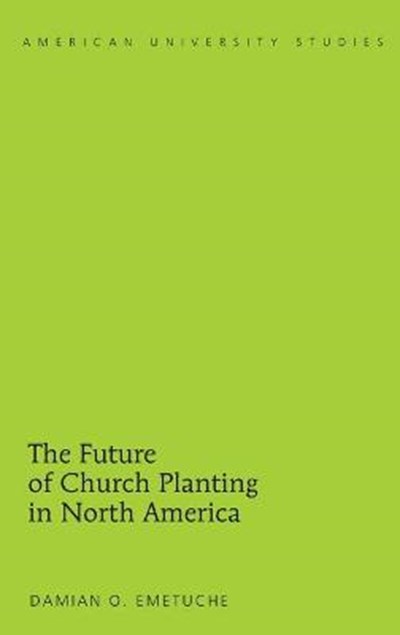 eBook FAQ
Add to Basket
Publisher: Peter Lang Publishing Inc
ISBN: 9781433125195
Number of Pages: 173
Published: 31/03/2014
Width: 15.5 cm
Height: 23 cm
Description Author Information Reviews
The Future of Church Planting in North America looks to Jesus as the model for life and ministry as he said, "As the Father has sent me, even so I am sending you". In exploring this passage, the author asks, what does this passage mean in church-planting terms? How do we apply the concept of being "sent" within contemporary North America? This region of the world, much like the Middle East in the early first century, is populated by a mosaic of people from all nations, tribes, and language groups. Dr. Emetuche argues that church planting by the majority of the North American churches has been unduly influenced by cultures and traditions rather than by a well-thought-out missiological application of theological convictions. Examining the life and ministry of Jesus as found in the Gospel of John as well as the New Testament church plants, the author makes a strong case for a multicultural church planting as a model for the future. Dr. Emetuche maintains that church planting is about the transformation of lives and cultures through relationship with Christ and, therefore, involves spiritual warfare. Consequently, communities formed through this union in Christ transcend culture, tradition, and national allegiances and become multicultural.

Damian O. Emetuche is an experienced missionary, church planter, and missiologist. He served as a church-planting strategist for the Northwest Baptist Convention's Puget Sound Metro-Region. He was an adjunct professor at Bakke Graduate University in Seattle before joining New Orleans Baptist Theological Seminary as Assistant Professor of Church Planting. He has also served as a National Missionary of the North American Mission Board. Dr. Emetuche obtained his PhD in Missions/cultural anthropology from Southern Baptist Theological Seminary, Louisville, Kentucky.