Nordic Perspectives on Involvement in Africa 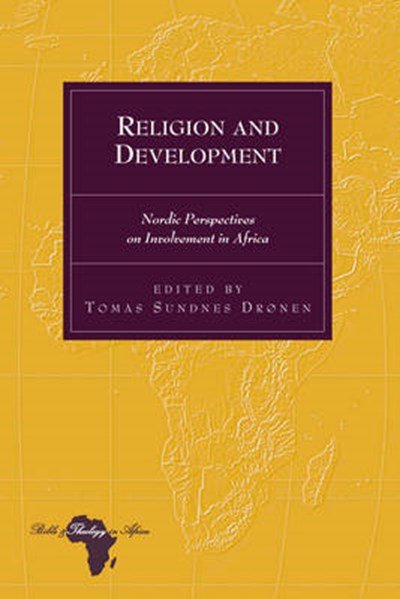 Nordic Perspectives on Involvement in Africa

eBook FAQ
Add to Basket
Publisher: Peter Lang Publishing Inc
ISBN: 9781433125553
Number of Pages: 212
Published: 24/06/2014
Width: 15.5 cm
Height: 23 cm
Description Author Information Reviews
The role of religion in development work has long been a neglected issue in the Western academic tradition. Religion and Development: Nordic Perspectives on Involvement in Africa is part of a recent wave of publications trying to bring more colors into the traditional black-and-white picture of religion and development as two separate analytical entities. Through the voices of experts in a variety of fields, from theology and development studies to social anthropology and global studies, this book sheds particular light on Nordic involvement in Africa. The relationship between North and South is explored through historical approaches and recent analysis, bringing relevant fieldwork and new case studies into the discussion. Numerous and varied sub-Saharan regions are presented in the book, and all the chapters take different approaches to how the North-South relationship has affected the development of the African continent for better or for worse. The contributors all argue that in order to understand development work in an era of global change, religion has to be an important part of the discussion.

Tomas Sundnes Dronen received his PhD from the School of Mission and Theology in Stavanger, Norway, where he is Professor of Global Studies and Religion. He has authored many publications on globalization, intercultural communication, and religious change in Africa, including Communication and Conversion in Northern Cameroon (2009) and Pentecostalism, Globalisation, and Islam in Northern Cameroon (2013).