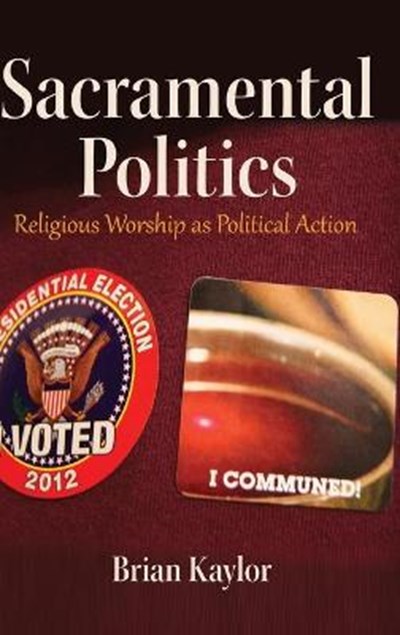 QTY
Add to Basket
Publisher: Peter Lang Publishing Inc
ISBN: 9781433126154
Number of Pages: 260
Published: 30/10/2014
Width: 15 cm
Height: 23 cm
Description Author Information Reviews
Religion and politics have often been called taboo topics for polite dinner conversation, but in political campaigns and religious services, the two often mix. This book looks at how religious worship remains embedded with inherent political messages and behaviors, showing that conflicts between church and state exist not just in the public arena, but in each sanctuary and house of worship. To explore this religious-political tension, the book first examines more obvious examples of worship as political action, such as when candidates speak during church services or when political parties hold prayer services at party events. The initial analysis acts as a foundation for the idea of worship serving a political purpose, and is followed by analysis of non-partisan and less obvious political worship services. Religious sacraments (such as baptism, confirmation, communion/mass, and confession) function as key moments in which religious participants pledge allegiance to a power that resides outside Washington, D.C. or statehouses, thus highlighting the alternative political messages and space carved out through worship.

Brian Kaylor (PhD, University of Missouri) is the author of For God's Sake, Shut Up! (2007) and Presidential Campaign Rhetoric in an Age of Confessional Politics (2011). He is the Communications and Engagement Leader for Churchnet and a contributing editor for Ethics Daily. He previously taught political communication at James Madison University.