Heaven and Humans Are One

The Witness of the Chinese Catholic Ministry in a Global Context 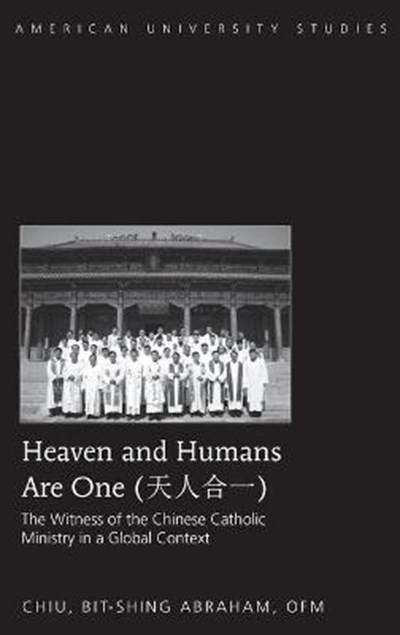 Heaven and Humans Are One

The Witness of the Chinese Catholic Ministry in a Global Context

eBook FAQ
Add to Basket
Publisher: Peter Lang Publishing Inc
ISBN: 9781433126727
Number of Pages: 94
Published: 23/10/2014
Width: 15.5 cm
Height: 23 cm
Description Author Information Reviews
When religious and political leaders debate the question of establishing diplomatic relations between the Vatican and China, they frequently misunderstand that religious relation inevitably intertwines with politics. For instance, the Vatican has to terminate any diplomatic relation with Taiwan if reconciliation is to be considered between the Vatican and the Chinese Catholic Church (CCC). Religious relation, nevertheless, exceeds this conditional requirement. This book opens a window to globalization of the CCC, though for its survival, it still has to shelter under the umbrella of the Beijing government. There is in fact a bridge to connect the Vatican and the CCC in a religious way, i.e., communion and inclusiveness. The ministry of the Chinese Catholic Spiritual Center, thus, is to create possible channels for mutual understanding between the two. The author raises a crucial question whether the Vatican would separate the political management from religious leadership in order that new hope for reconciling the Vatican to the CCC through religious communion can be prospected.

Bit-Shing Abraham Chiu has been serving the Chinese Catholic Church by teaching theology in major seminaries and conducting retreats in various dioceses since 1996. He earned his doctoral degree of ministry from Episcopal Divinity School, Boston, where he was awarded the best paper prize. He earned his Ph.D. degree from the School of Religious Education, Fordham University, New York. His enriched teaching experience and quality academic formation foster the creation of this book.