The Shorter Writings of William Booth 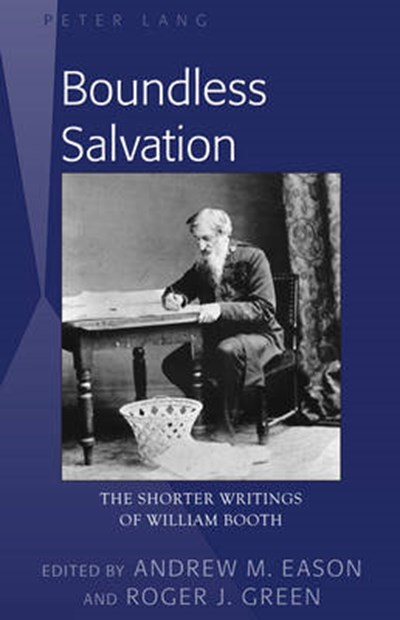 The Shorter Writings of William Booth

eBook FAQ
Add to Basket
Publisher: Peter Lang Publishing Inc
ISBN: 9781433127441
Number of Pages: 207
Published: 28/04/2014
Width: 15 cm
Height: 22.5 cm
Description Author Information Reviews
William Booth (1829-1912) is remembered for the major role he played in founding the Salvation Army, an evangelical organization now operating in more than 120 countries. Few people, however, are aware of the fact that Booth was also a prolific author. During his long lifetime he wrote countless articles and speeches on a variety of topics, ranging from Christian doctrine to female ministry and missionary work. The most important of these shorter writings are presented in one volume for the first time here, along with perceptive commentary by two leading scholars of the Salvation Army. Boundless Salvation: The Shorter Writings of William Booth convincingly demonstrates that Booth's enormous accomplishments arose from deeply held religious convictions. It argues persuasively that his life and ministry must be understood in relation to the Methodist theology and transatlantic revivalism that inspired and guided him. By showcasing and analyzing these religious contexts, this edited collection sheds considerable light on a towering figure of the Victorian period. In the process, it offers valuable insight into the origins and development of the Salvation Army, one of the most remarkable organizations to arise during the nineteenth century. Boundless Salvation: The Shorter Writings of William Booth will appeal to a broad readership, especially to those with an interest in religion and history.

Andrew M. Eason is Assistant Professor of Religion and Director of the Centre for Salvation Army Studies at Booth University College in Winnipeg, Canada. Dr. Eason received his PhD from the University of Calgary. He is the author of Women in God's Army: Gender and Equality in the Early Salvation Army and a number of scholarly articles on various aspects of the Salvation Army in Britain, India, and South Africa. He is presently writing a monograph on the Salvation Army in British India. Roger J. Green is Professor and Chair of Biblical Studies and Christian Ministries at Gordon College in Wenham, Massachusetts. He also holds the Terrelle B. Crum Chair of Humanities. Dr. Green received his PhD from Boston College and has written extensively on the Salvation Army. His publications include: War on Two Fronts: The Redemptive Theology of William Booth; Catherine Booth: A Biography of the Cofounder of The Salvation Army; and The Life and Ministry of William Booth: Founder of The Salvation Army. A lifelong Salvationist, Roger is co-editor of Word and Deed: A Journal of Salvation Army Theology and Ministry. He travels internationally for the Salvation Army on speaking engagements and was the first layperson appointed to the Army's International Doctrine Council.