Priests of My People 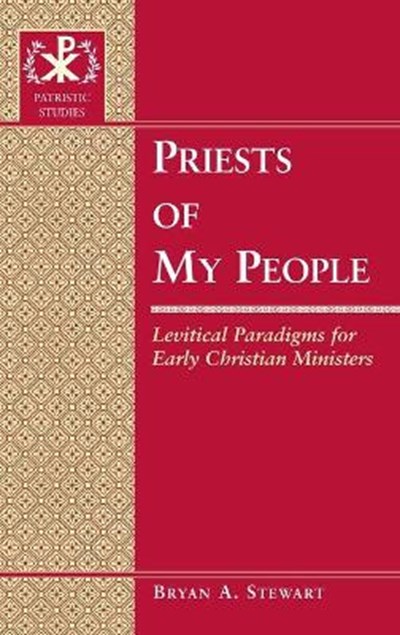 Priests of My People

eBook FAQ
Add to Basket
Publisher: Peter Lang Publishing Inc
ISBN: 9781433127618
Number of Pages: 250
Published: 31/03/2015
Width: 15.5 cm
Height: 23 cm
Description Author Information Reviews
This book offers an innovative examination of the question: why did early Christians begin calling their ministerial leaders "priests" (using the terms hiereus/sacerdos)? Scholarly consensus has typically suggested that a Christian "priesthood" emerged either from an imitation of pagan priesthood or in connection with seeing the Eucharist as a sacrifice over which a "priest" must preside. This work challenges these claims by exploring texts of the third and fourth century where Christian bishops and ministers are first designated "priests": Tertullian and Cyprian of Carthage, Origen of Alexandria, Eusebius of Caesarea, and the church orders Apostolic Tradition and Didascalia Apostolorum. Such an examination demonstrates that the rise of a Christian ministerial priesthood grew more broadly out of a developing "religio-political ecclesiology". As early Christians began to understand themselves culturally as a unique polis in their own right in the Greco-Roman world, they also saw themselves theologically and historically connected with ancient biblical Israel. This religio-political ecclesiology, sharpened by an emerging Christian material culture and a growing sense of Christian "sacred space", influenced the way Christians interpreted the Jewish Scriptures typologically. In seeing the nation of Israel as a divine nation corresponding to themselves, Christians began appropriating the Levitical priesthood as a figure or "type" of the Christian ministerial office. Such a study helpfully broadens our understanding of the emergence of a Christian priesthood beyond pagan imitation or narrow focus on the sacrificial nature of the Eucharist, and instead offers a more comprehensive explanation in connection with early Christian ecclesiology.

Bryan A. Steward received his BA in religion from Grove City College (Grove City, PA) and his MDiv from Covenant Theological Seminary (St. Louis, MO). He completed his PhD in patristics and early Christianity from the University of Virginia (Charlottesville, VA). After completing his doctoral work, he was awarded a two-year Lilly post-doctoral teaching and research fellowship at Valparaiso University (Valparaiso, IN). Currently Stewart is Associate Professor of Religion at McMurry University (Abilene, TX), where he teaches the history of Christian thought.