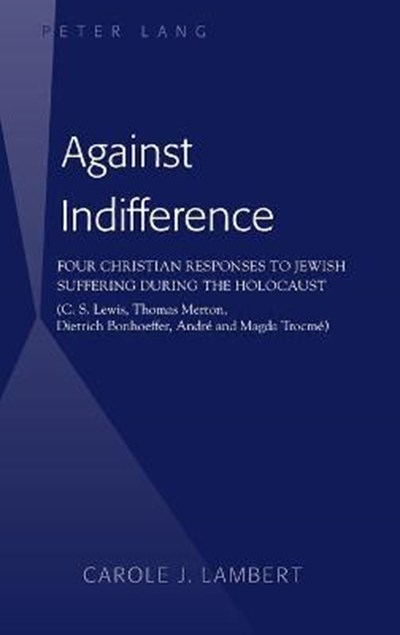 eBook FAQ
Add to Basket
Publisher: Peter Lang Publishing Inc
ISBN: 9781433127670
Number of Pages: 178
Published: 25/08/2015
Width: 15 cm
Height: 23 cm
Description Author Information Reviews
Against Indifference analyzes four responses to Jewish suffering during the Holocaust, moving on a spectrum from indifference to courageous action. C. S. Lewis did little to speak up for victimized Jews; Thomas Merton chose to enclose himself in a monastery to pray for and expiate the sins of a world gone awry; Dietrich Bonhoeffer acted to help his twin sister, her Jewish husband, and some other Jews escape from Germany; and the Trocmes established protective housing and an ongoing "underground railroad" that saved several thousand Jewish lives. Why such variation in the responses of those who had committed their lives to Jesus Christ and recognized that His prime commandment is to love God and others? This book provides answers to this question that help shed light on current Christians and their commitment to victims who suffer and need their help.

Carole J. Lambert is Professor of English at Azusa Pacific University in California. In addition to four National Endowment for the Humanities grants, she was awarded a Fulbright Fellowship to conduct research in Brussels, Belgium, and recently participated in the Lilly Fellows Program in Humanities and the Arts Seminar. She is the author of The Empty Cross: Medieval Hopes, Modern Futility in the Theater of Maurice Maeterlinck, Paul Claudel, August Strindberg, and Georg Kaiser, Is God Man's Friend? Theodicy and Friendship in Elie Wiesel's Novels, Ethics after Auschwitz? Primo Levi's and Elie Wiesel's Response, as well as co-editor with William D. Brewer of Essays on the Modern Identity and editor of Doing Good, Departing from Evil: Research Findings in the Twenty-First Century. She earned her PhD in comparative literature from the University of California, Berkeley, and has been published widely in several journals.