A Theology of Ecclesial Charisms 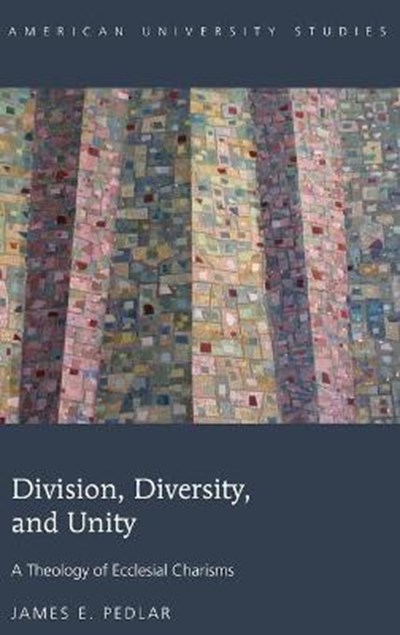 A Theology of Ecclesial Charisms

eBook FAQ
Add to Basket
Publisher: Peter Lang Publishing Inc
ISBN: 9781433130052
Number of Pages: 279
Published: 29/07/2015
Width: 15.5 cm
Height: 23 cm
Description Author Information Reviews
The term "charism" is drawn originally from Pauline literature and refers to a gift given by the Spirit for the upbuilding of the body of Christ. Since the mid-twentieth century, Christians from a broad spectrum of theological positions have applied this term, in varying ways, to groups within the Church. However, no book thus far has provided a rigorous and sustained critical investigation of this idea of ecclesial charisms. In Division, Diversity, and Unity, James E. Pedlar provides such an investigation, drawing on biblical and systematic theology as well as literature on church renewal and ecumenism. Against those who justify denominational separation in order to preserve particular gifts of the Spirit, Pedlar insists that the theology of charisms supports visible, organic unity as the ecumenical ideal. Division, Diversity, and Unity argues that the theology of ecclesial charisms can account for legitimately diverse specialized vocational movements in the Church but cannot account for a legitimate diversity of separated churches. Pedlar tests and develops his constructive proposal against the fascinating and conflicted histories of two evangelistic movements: the Paulist Fathers and The Salvation Army. While the proposed theology of ecclesial charisms stakes out a legitimate and important place in the Church for specialized movements, it excludes any attempt to justify the permanent separation of an ecclesial body on the basis of an appeal to an ecclesial charism.

James E. Pedlar is Assistant Professor of Wesley Studies and Theology at Tyndale Seminary in Toronto and holds a PhD in systematic theology from the University of St. Michael's College, Toronto School of Theology. He is a member of the Canadian Roman Catholic-Evangelical Dialogue and previously served on the staff of the Canadian Council of Churches.