Church and Chapel in Industrializing Society

Anglican Ministry and Methodism in Shropshire, 1760-1785 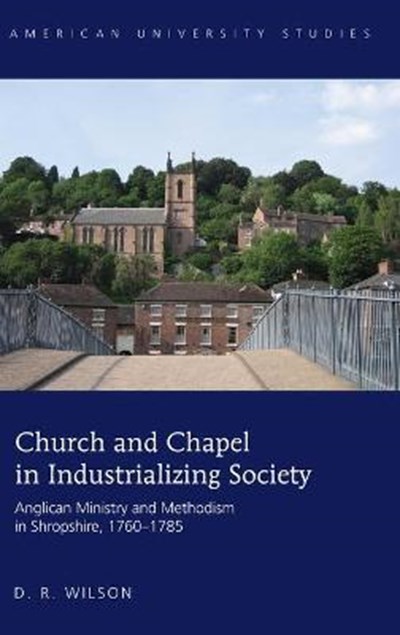 Church and Chapel in Industrializing Society

Anglican Ministry and Methodism in Shropshire, 1760-1785

eBook FAQ
Add to Basket
Publisher: Peter Lang Publishing Inc
ISBN: 9781433130137
Number of Pages: 344
Published: 08/02/2017
Width: 15 cm
Height: 22.5 cm
Description Author Information Reviews
Church and Chapel in Industrializing Society: Anglican Ministry and Methodism in Shropshire, 1760-1785 envelopes a new and provocative revisionist history of Methodism and the Church of England in the eighteenth century, challenging the Church's perception as a varied body with myriad obstacles which it dutifully and substantially confronted (if not always successfully) through the maintenance of an ecclesiastically and theologically rooted pastoral ideal. This model was lived out 'on the ground' by the parish clergy, many of whom were demonstrably innovative and conscientious in fulfilling their pastoral vocation vis-a-vis the new demands presented by the social, ecclesiastical, political, and economic forces of the day, not least of which was the rise of industrialisation. Contrary to the effete arguments of older cadre church historians, heavily reliant on the nineteenth-century denominational histories and primarily the various forms of Methodism, this book provides a thoroughly researched study of the ministry of John William Fletcher, incumbent of the parish of Madeley at the heart of the industrial revolution, whose own work along with that of his Evangelically minded Anglican-Methodist colleagues found the Church of England sufficiently strong and remarkably flexible enough to rigorously and creatively do the work of the Church alongside their non-Anglican Evangelical counterparts. Despite the manifest challenges of industrializing society, residual dissent, and competition from the Church's rivals, the Establishment was not incapable of competing in the religious marketplace.

D. R. Wilson (Ph.D., University of Manchester; M.Div., George Fox University) currently teaches courses in church history, theology, religion, pastoral studies, and ethics at George Fox Evangelical Seminary and Warner Pacific College. He is a Junior Fellow of the Manchester Wesley Research Centre and has chaired sessions and presented at the American Academy of Religion. Wilson is a contributing author to several books, including an entry in Oxford Encyclopedia of Biblical Interpretation and chapters in Dissent and the Bible in Britain, c.1650-1950; Religion, Gender, and Industry: Exploring Church and Methodism in a Local Setting; Making and Remaking Saints in Nineteenth-Century Britain; and Covenant Making: The Fabric of Relationship. He is also the author of several articles in the academic journal Wesley and Methodist Studies and co-editor of Holy Imagination: Rethinking Social Holiness. This is his first monograph.