My People as Your People

A Textual and Archaeological Analysis of the Reign of Jehoshaphat 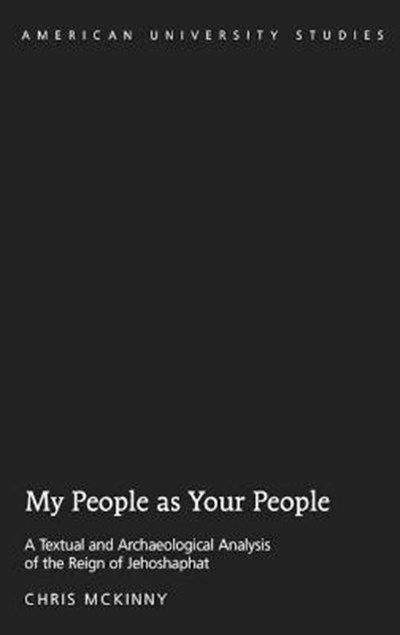 My People as Your People

A Textual and Archaeological Analysis of the Reign of Jehoshaphat

eBook FAQ
Add to Basket
Publisher: Peter Lang Publishing Inc
ISBN: 9781433130762
Number of Pages: 188
Published: 28/01/2016
Width: 15.5 cm
Height: 23 cm
Description Author Information Reviews
My People as Your People provides an in-depth analysis of the chronology, history, and archaeology associated with the reign of Jehoshaphat of Judah. The synthesis of these various elements illuminates a diverse geo-political picture of the southern Levant in the mid-ninth century BCE. In recent years, archaeologists and biblical scholars have dealt quite extensively with the tenth and eighth centuries BCE due to both the controversial aspects of recent interpretations associated with the so-called United Kingdom and the established archaeological data relating to Judah's rise as a significant polity in the eighth century BCE. On the other hand, the ninth century BCE has received considerably less scholarly treatment, despite the fact that many new archaeological strata have been uncovered in recent years that have a direct bearing upon this period. My People as Your People is an attempt to fill this gap in our knowledge. In accomplishing this, it both provides a nuanced understanding of Judah in the mid-ninth century BCE and also demonstrates the significance of this period in the larger setting of the history of the Divided Kingdom.

Chris McKinny has a PhD from Bar-Ilan University where he studied biblical studies and Bronze and Iron Age archaeology of the southern Levant. His dissertation dealt with the historical geography of the town lists of Judah and Benjamin in the book of Joshua. McKinny is a staff member at the Tel Burna Archaeological Project and the Ackerman Family Bar-Ilan University Expedition to Gath. His publications include studies in historical geography, archaeology, biblical history, biblical chronology, and digital archaeology, relating both to the above-mentioned projects and several other ancient sites.