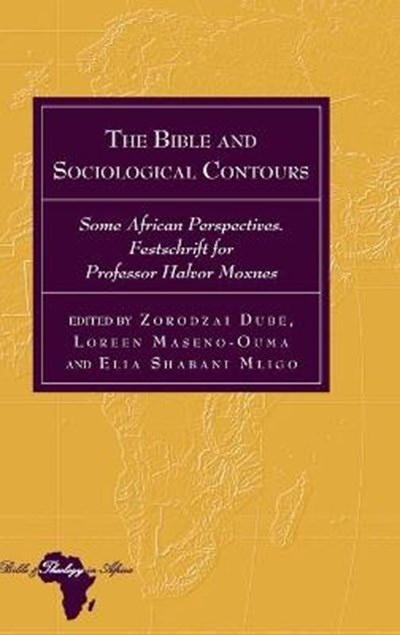 QTY
Add to Basket
Publisher: Peter Lang Publishing Inc
ISBN: 9781433132902
Number of Pages: 132
Published: 16/07/2018
Width: 15 cm
Height: 22.5 cm
Description Author Information Reviews
This book, which is a collection of various essays on Africa and the Bible, is a must-read for scholars and students who are interested in exploring the intersection between the Bible and public spaces exposing the liberating and oppressing strands of the Bible. Given the enchanted African worldview, which includes belief in miracles, divine healing and prosperity, the Bible is the go-to-authority of many religious activities. Though at home, the Bible's role and function needs closer assessment. The critical question tackled in this volume is: how can Africa read the Bible from its various contexts to recover its usefulness on issues of gender, patriarchy and political and economic liberation? Yet equally, how do we guard against oppressive discourses that find support from the Bible such as polygamy, viewing women as unequal to men and growing economic disparities? In addition, throughout history, Africans are made to be comfortable with theologies that further distance them away from economic and political processes, such as the belief in an angry God who punishes and demands utter obedience-theologies which have sustained particular asymmetric socio-economic and political structures across the continent. This book is important because it traces the sociological contours in the Bible in relation to Africa, sensitizing us to the liberating strands and, at the same time, making us aware of the pathos associated with the literary reading of the Bible.

Zorodzai Dube holds a PhD in contextual theology (New Testament) from the University of Oslo. He is Lecturer at the Department of New Testament Studies, University of Pretoria, South Africa. In addition to articles, he is the author of Storytelling in Times of Violence in Zimbabwe: Hearing the Exorcism Stories in Zimbabwe and in Mark (2013). Loreen Maseno-Ouma holds a PhD in contextual theology from the University of Oslo, Norway. She is Senior Lecturer at the Department of Religion, Theology and Philosophy, Maseno University, Kenya and Research Fellow at the Department of Biblical and Ancient Studies, University of South Africa. Recently a Humboldt Research Fellow, she is the author, among others, of these books: Practices in Higher Education in Kenya (2011), Gendering the Inculturation Debate in Africa (2011) and How Abanyole African Women Understand Christ (2014). Elia Shabani Mligo holds a PhD in contextual theology from the University of Oslo, Norway. He is Senior Lecturer in Theology and Research at Teofilo Kisanji University in Mbeya Tanzania. In addition to several book chapters and journal articles, he has written many books; some of them include: The Kingdom of God (2012), Jesus and the Divorce Commandment (2012), Elements of African Traditional Religion (2013), Symbolic Interactionism in the Gospel According to John (2014), He Descended into Hell (2015) and Pastoral Counseling for Orphans and Vulnerable Children (2018).