Leadership and Conflict in African Churches 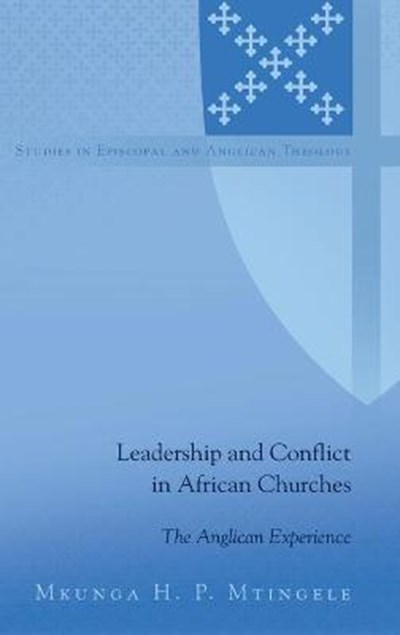 Leadership and Conflict in African Churches

eBook FAQ
Add to Basket
Publisher: Peter Lang Publishing Inc
ISBN: 9781433132940
Number of Pages: 266
Published: 30/11/2016
Width: 15 cm
Height: 22.5 cm
Description Author Information Reviews
Leadership and Conflict in African Churches: The Anglican Experience investigates the involvement of leadership and conflict in the African church. Mkunga H. P. Mtingele's previous work with the government as a state attorney and his leadership positions in the Anglican Church gave him sufficient exposure and experience to witness the increase of conflict arising from leadership, not only in the Anglican Church of Tanzania, but also in other denominations and organizations in Tanzania, Africa, and beyond. This book highlights and encourages people to understand that conflict is a social phenomenon, endemic and inevitable part of life, the causes of which must be comprehended. This book intends to get rid of the negative perception which many people have that conflicts are an inherent menace, which should be avoided. Conflict is constructive or destructive depending on one's perception as well as the level it has reached. Tools of analysis used can be applicable to different situations both in secular and religious institutions, organizations, and governments. Leadership and Conflict in African Churches is intended to contribute to, and encourage, a wider debate on conflict about leadership. Scholars and general interest groups alike will find specific use in the areas of management, leadership, conflict resolution, theology, religious studies, and social research methodology disciplines.

Rev. Canon Dr. Mkunga H. P. Mtingele has a Ph.D. in leadership and conflict management from Open University (UK); an M.A. and Postgraduate Diploma in theological studies from Open University (UK) and St. John's College, Nottingham (UK) respectively; as well as a LL.B. (Hons.) from the University of Dar es Salaam, Tanzania. He is a former state attorney in the Ministry of Justice and a former general secretary of the Anglican Church of Tanzania. He served on the Anglican Consultative Council (1993-1999). Currently, he is General Secretary of the Bible Society of Tanzania and serves on the Global Council of United Bible Societies.