Reconciliation in the Sudans 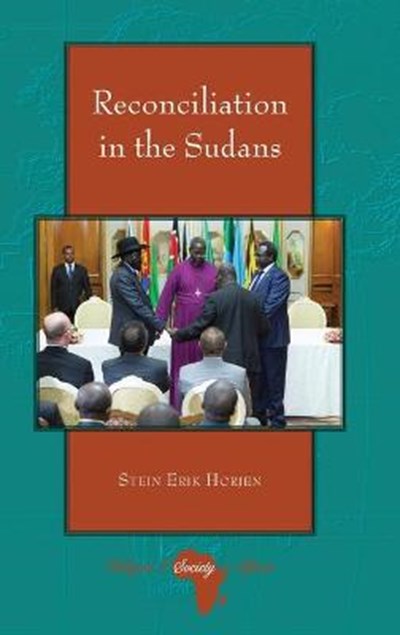 Reconciliation in the Sudans

eBook FAQ
Add to Basket
Publisher: Peter Lang Publishing Inc
ISBN: 9781433133275
Number of Pages: 204
Published: 08/06/2016
Width: 15 cm
Height: 22.5 cm
Description Author Information Reviews
In 2005, the Government of Sudan and the Sudan People's Liberation Movement (SPLM) signed the Comprehensive Peace Agreement (CPA) that ended the longest civil war in African history. Stein Erik Horjen argues that although this second civil war was not a religious one, religion still played an important role in the conflict. Ensuring freedom of religion was a high priority for the SPLM and for the Sudanese churches, which were instrumental in preparing the ground for the 2005 agreement in the same way they had been in facilitating the Addis Ababa Peace Agreement in 1972. Focusing on the pivotal role of the Sudanese churches through a grassroots peace process called People to People, Horjen examines the churches' work in ensuring the success of the peace talks between the SPLM and the government sealed by the 2005 Peace Agreement. Taking up the role as the voice of the voiceless, the Sudanese churches challenged and criticized the military and political leaders in regards to abuses of power. In Reconciliation in the Sudans, Horjen details the tremendous suffering of the people during recurrent conflicts in Sudan and South Sudan. Understanding the history will allow the reader contextual insight into the latest conflict that erupted in South Sudan in 2013. The failure of including mechanisms for reconciliation in the CPA can be considered a main reason for this latest war.

As Special Advisor on Peace and Reconciliation at Norwegian Church Aid, Stein Erik Horjen has been immersed in Sudanese studies since the late nineties. In 2006, he began working for the Norwegian Government as a Development Advisor and later as a diplomat in Khartoum, Juba, and Nairobi. Horjen has a master's in theology from the University in Oslo and has been an ordained Minister in the Church of Norway since 1989.