Theology, Tragedy, and Suffering in Nature

Toward a Realist Doctrine of Creation 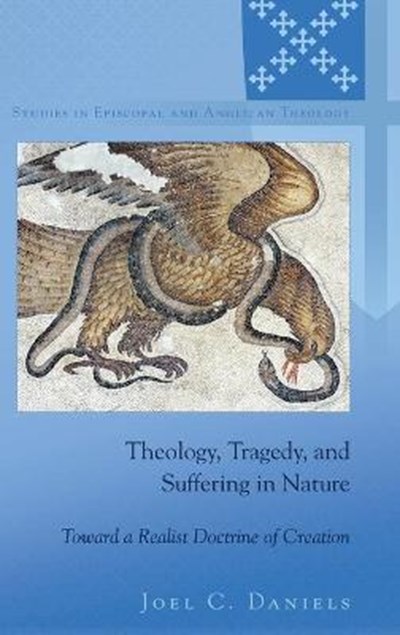 Theology, Tragedy, and Suffering in Nature

Toward a Realist Doctrine of Creation

eBook FAQ
Add to Basket
Publisher: Peter Lang Publishing Inc
ISBN: 9781433133756
Number of Pages: 244
Published: 14/07/2016
Width: 15 cm
Height: 22.5 cm
Description Author Information Reviews
The discovery by Charles Darwin of natural selection as the principal mechanism of biological evolution sharpened the classical theological issue of suffering in the natural world. Darwin's discovery revealed predation and starvation to be the engine of biological development. Theological responses to evolution within the Christian tradition have typically failed to come to terms with these features of biological evolution, focusing instead on romantic notions of nature or assumptions about the benefits of progress. As a result, many doctrines of creation have operated with a limited understanding of the created world that is their subject. As Joel C. Daniels shows, however, this shortcoming can be remedied by utilizing the ancient resources of dramatic tragedy in a theological vein. By drawing together a theological interpretation of tragedy and a scientifically accurate understanding of nature, a realist doctrine of creation can achieve a high degree of realism with regards to suffering, respecting the unique characteristics of individual experiences while situating them in a theologically meaningful frame of reference. The theological category of tragedy does not solve the problem of natural evil. However, it has the double virtue of attending closely to the specifics of the natural world and maintaining a principled tension between experiences of suffering and Christian claims about the possibility of redemption. This book thus makes a unique contribution to Christian theology by drawing on multiple disciplines to address this issue of existential importance.

JOEL C. DANIELS is a post-doctoral fellow at the Institute for the Bio-Cultural Study of Religion and an Episcopal priest at Saint Thomas Church Fifth Avenue in New York City. He received his Ph.D. from Boston University, and is also a graduate of the General Theological Seminary and Columbia University. He is the author of an essay in Preaching and the Theological Imagination (Peter Lang, 2015), and his articles have appeared in the Anglican Theological Review and the Journal of Ecumenical Studies.