Facets of Pauline Discourse in Christocentric and Christotelic Perspective 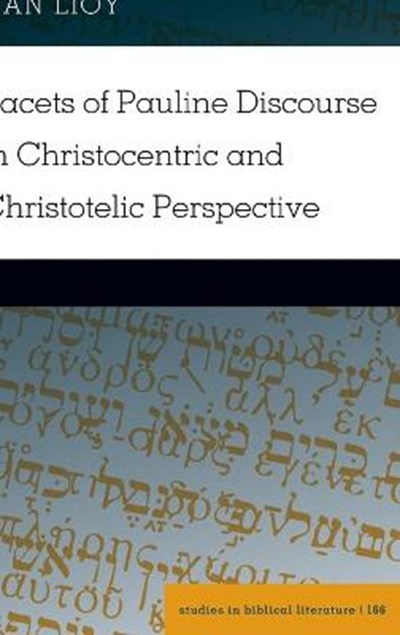 Facets of Pauline Discourse in Christocentric and Christotelic Perspective

eBook FAQ
Add to Basket
Publisher: Peter Lang Publishing Inc
ISBN: 9781433134234
Number of Pages: 357
Published: 27/04/2016
Width: 15.5 cm
Height: 23 cm
Description Author Information Reviews
In this thought-provoking study, Dan Lioy asserts that a Christocentric and Christotelic perspective is an unmistakable feature of Paul's discourse. The journey begins with an analysis of the old Adamic creation in Genesis 1-3 before digressing into representative passages from Paul's writings, touching on such themes as new creation theology, the apostle's apocalyptic interpretation of reality, and his theology of the cross. Then Lioy examines the influence of the Old Testament on Paul's Christological outlook, how the apostle viewed Satan operating as the counterfeit word, and the way in which the writings of Paul correlate with the letter from James, leading into a deliberation that Paul, rather than Christ, is to be seen as a new or second Moses. Contrast is then provided regarding the historical authenticity of the Adam character in Paul's discourse, along with the Genesis creation narratives. Facets of Pauline Discourse in Christocentric and Christotelic Perspective is the ideal volume for college and seminary classes dealing with the teaching and theology of Paul.

Dan Lioy earned his PhD in New Testament from North-West University (NWU) in South Africa. He is a professor at the Potchefstroom Campus of NWU, Senior Research Manager in the Postgraduate School of South African Theological Seminary, and a permanent faculty member in the graduate programs division of the Institute of Lutheran Theology. Lioy is also an ordained minister in the North American Lutheran Church. Three of his earlier Peter Lang monographs include Evolutionary Creation in Biblical and Theological Perspective (2011), Axis of Glory (2010), and The Search for Ultimate Reality (2005).