St. Cyril of Alexandria's Metaphysics of the Incarnation 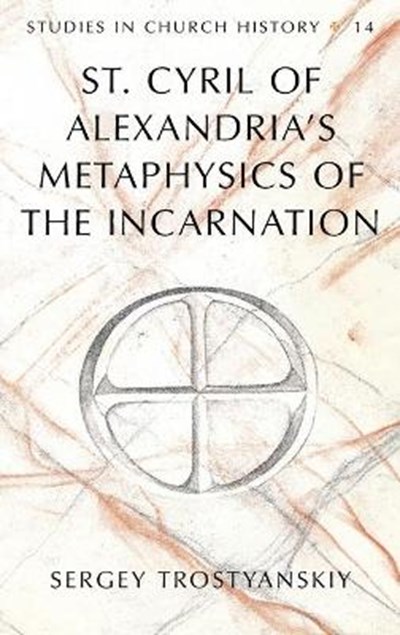 St. Cyril of Alexandria's Metaphysics of the Incarnation

eBook FAQ
Add to Basket
Publisher: Peter Lang Publishing Inc
ISBN: 9781433134296
Number of Pages: 330
Published: 19/09/2016
Width: 15 cm
Height: 22.5 cm
Description Author Information Reviews
Cyril of Alexandria is one of the major intellectuals of the early Byzantine Christian world. His approach to Christ is at the core of the classical Christian tradition, however, because his works were not translated into English in the post-Reformation environment, the precise implications of his "science of Christ" have been extensively misunderstood. This work seeks to reposition Cyril in the precise philosophical context to which he belonged, seeking, as he did, for a deliberate bridge-building between ecclesiastical biblical presuppositions and the semantic terms central to the Late Antique philosophical Academy, with which he understands the Church must communicate. This book seeks to lay bare the fundamental philosophical axioms of Cyril's metaphysics of the Incarnation. To illuminate this, it investigates the fifth-century curriculum of metaphysical studies as followed in the academies of both Alexandria and Athens. Common to both Cyril and his Hellene contemporaries are the terms of theological speculation prevalent in the Commentaries on the Parmenides. This monograph applies the schema of theological analysis offered by the Commentators to Cyril's metaphysics of the Incarnation to see how well it accounts for the precise terms of the Incarnational doctrine posited by Cyril. This study also endeavors to expound and evaluate the many previous (and heavily conflicting) scholarly accounts of Cyril's intellectual agenda. It outlines various cognitive gaps associated with the macro arguments of the different positions, which by and large have underestimated Cyril's philosophical acumen and ignored his own immediate academic context.

Sergey Trostyanskiy is currently Research Fellow of the Sophia Institute (International Research Center for Orthodox Thought and Culture) based in New York and Union Theological Seminary in the City of New York, where he received his Ph.D. in Church history. His research interests include Byzantine history and philosophy. He has published articles and book chapters on Late Antique and early Christian history.