The History and Importance of Nazareth 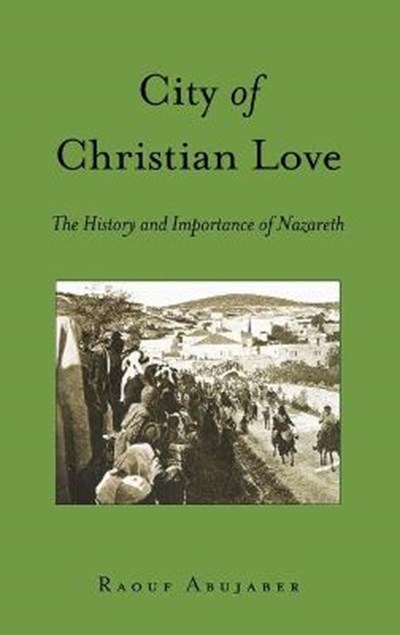 The History and Importance of Nazareth

eBook FAQ
Add to Basket
Publisher: Peter Lang Publishing Inc
ISBN: 9781433136344
Number of Pages: 130
Published: 20/06/2017
Width: 15 cm
Height: 22.5 cm
Description Author Information Reviews
City of Christian Love provides a detailed history of Nazareth from the dawn of the Christian Era until today with special focus on the religious communities found in this sacred city, including both the periods of tension and the periods of profound interreligious partnership and solidarity.

Raouf Abujaber is a historian of nineteenth-century Transjordan. He earned his D. Phil. from Oxford University in 1987 and has since held many prestigious appointments, including chairman positions within associations and societies such as the Arab Insurance Federation, Orthodox Central Council in Jordan and Palestine and Hon. Consul General of Netherlands (1960-1995). He has chaired the Defense of Jerusalem Society and Y.M.C.A Jordan and Philanthropic Orthodox Society for 45 years. He is the author of 15 books and over 100 articles especially about interfaith dialogue.