Generational Curses in the Pentateuch

An American and Maasai Intercultural Analysis 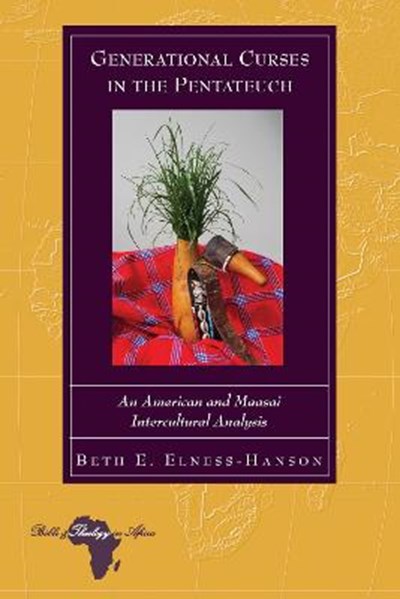 Generational Curses in the Pentateuch

An American and Maasai Intercultural Analysis

eBook FAQ
Add to Basket
Publisher: Peter Lang Publishing Inc
ISBN: 9781433141218
Number of Pages: 292
Published: 04/10/2017
Width: 15 cm
Height: 22.5 cm
Description Author Information Reviews
Although the demographics of World Christianity demonstrate a population shift to the Global South, especially in Sub-Saharan Africa, the preponderance of biblical scholarship continues to be dominated by Western scholars in pursuit of their contextual questions that are influenced by an Enlightenment-oriented worldview. Unfortunately, nascent methodologies used to bridge this chasm often continue to marginalize indigenous voices. In contradistinction, Beth E. Elness-Hanson's research challenges biblical scholars to engage stronger methods for dialogue with global voices, as well as encourages Majority World scholars to share their perspectives with the West. Elness-Hanson's fundamental question is: How do we more fully understand the "generational curses" in the Pentateuch? The phrase, "visiting the iniquity of the fathers on the children to the third and the fourth generation," appears four times in the Pentateuch: Exod 20:4-6; Exod 34:6-7; Num 14:18; and Deut 5:8-10. While generational curses remain prevalent within the Maasai worldview in East Africa, an Enlightenment-influenced worldview diminishes curses as a phenomenon. However, fuller understandings develop as we listen and learn from each other. This research develops a theoretical framework from Hans-Georg Gadamer's "fusion of horizons" and applies it through Ellen Herda's anthropological protocol of "participatory inquiry." The resulting dialogue with Maasai theologians in Tanzania, builds bridges of understanding across cultures. Elness-Hanson's intercultural analysis of American and Maasai interpretations of the Pentateuchal texts on the generational curses demonstrates that intercultural dialogues increase understandings, which otherwise are limited by one worldview.