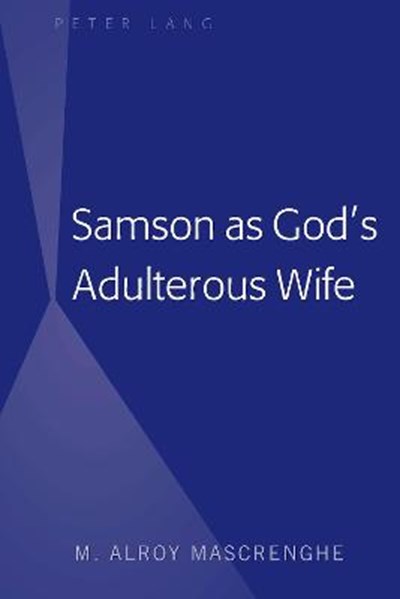 eBook FAQ
Add to Basket
Publisher: Peter Lang Publishing Inc
ISBN: 9781433150661
Number of Pages: 142
Published: 23/12/2019
Width: 15 cm
Height: 22.5 cm
Description Author Information Reviews
Samson as God's Adulterous Wife reveals striking parallels between the depiction of Samson in the Book of Judges and the prophetic literature's metaphorical representations of Israel as an adulterous woman. This book endeavors to understand why Judges dwells on Samson's sexual and romantic relationships while the personal lives of the other six judges are not afforded the same narrative attention. M. Alroy Mascrenghe compares adulterous Samson with idolatrous Israel and argues that Samson's life is marked by the same cycles of adultery, bondage, crying out, and deliverance that structure the Book of Judges as a whole. Mascrenghe continues to pursue the theme of God's adulterous wife through a comparison of the Levite-concubine story of Judges 19 to that of Hosea and Gomer. Samson as God's Adulterous Wife demonstrates the author's own method for recognizing intertextual narrative allusions. Drawing from a wide variety of disciplines-including narratology, sociology, and theological hermeneutics-Samson as God's Adulterous Wife offers a fresh perspective on the role of the Samson story within the broader intertextual thematic space of the Hebrew Bible.

M. Alroy Mascrenghe lectures in a number of theological colleges in Asia. His work has been published in IEEE and Elsevier journals and has been presented at conferences in the United States, the United Kingdom, Japan, Italy, India, and Sri Lanka. Mascrenghe has written a commentary on Ruth, contributed articles to an Encyclopedia to be published by Springer, and contributed an essay on Ecclesiastes to be published by the Society of Biblical Literature.