A Critique of Insider Movements in Islamic Contexts 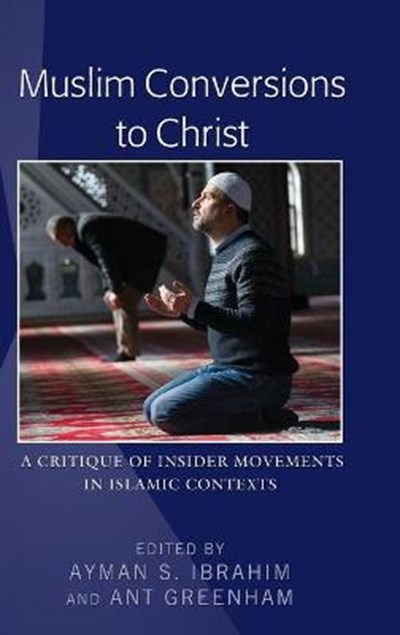 A Critique of Insider Movements in Islamic Contexts

eBook FAQ
Add to Basket
Publisher: Peter Lang Publishing Inc
ISBN: 9781433154300
Number of Pages: 532
Published: 31/05/2018
Width: 15 cm
Height: 22.5 cm
Description Author Information Reviews
Muslim Conversions to Christ focuses on the so-called Insider Movement (as promoted by certain missiologists). Drawing on international scholars and practitioners in the fields of the history and nature of Islam, the Qur'an, Christian-Muslim relations, biblical theology, and practical missiology, this book presents a solid academic rejoinder to the IM phenomenon. Moreover, it brings into the conversation the voices of believers from Muslim backgrounds (BMBs), Middle Eastern scholars, and missiologists living among Muslims in the Middle East and elsewhere. Readers will understand that Muhammad is not a prophet based on the Bible and that the Qur'an is not a scriptural guide for Muslims after their conversion. Rather than acquiesce in IM marketing ploys, such readers will be encouraged to stand in solidarity with BMBs who suffer for their faith.

Ayman S. Ibrahim, Ph.D., was born and raised in Egypt. He is currently working on his second Ph.D. at the University of Haifa, Mount Carmel, examining conversions to Islam in the earliest Muslim period. In addition, he is the Bill and Connie Jenkins Associate Professor of Islamic Studies at Southern Seminary and director of the Jenkins Center for the Christian Understanding of Islam. Ant Greenham earned his Ph.D. from Southeastern Baptist Theological Seminary in 2004. He continues to teach there in the capacity of Associate Professor of Missions and Islamic Studies. He received Southeastern's Excellence in Teaching Award in 2017 and published The Questioning God in 2012.