Dreams, Visions, and the Rhetoric of Authority 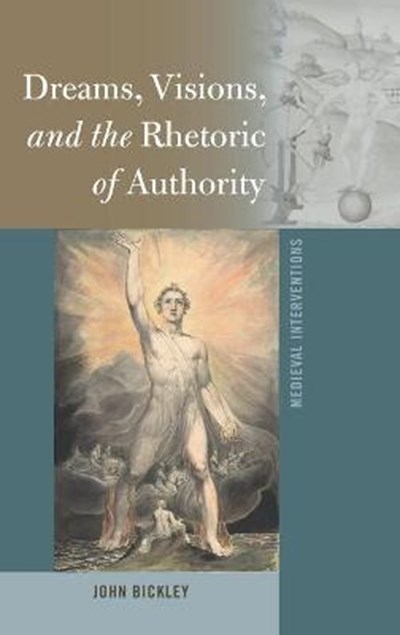 Dreams, Visions, and the Rhetoric of Authority

eBook FAQ
Add to Basket
Publisher: Peter Lang Publishing Inc
ISBN: 9781433154492
Number of Pages: 130
Published: 18/07/2018
Width: 15 cm
Height: 22.5 cm
Description Author Information Reviews
In Dreams, Visions, and the Rhetoric of Authority, John Bickley explores the ways dreams and visions in literature function as authorizing devices, both affirming and complicating a text's authority. After providing a framework for categorizing the diverse genres and modes of dream and vision texts, Bickley demonstrates how the theme of authority and strategies for textual self-authorization play out in four highly influential works: the Book of Daniel, Macrobius's Commentary on the Dream of Scipio, Julian of Norwich's Revelations of Love, and Chaucer's Hous of Fame.

John Bickley received his Ph.D. in humanities from Florida State University, where he was the recipient of a doctoral presidential fellowship and focused on medieval literature, medievalism, and adaptation theory. He earned his M.A. in English literature from the University of North Carolina at Chapel Hill. Among his scholarly works, Bickley has published entries for Southern Writers: A New Biographical Dictionary, co-authored an introduction and bibliographical material for the Penguin Classics edition of Joel Chandler Harris's Nights with Uncle Remus (2003), and contributed to a casebook on Woody Allen.