Providence in the Thought of Augustine, Aquinas, Calvin, and Barth, Second Edition 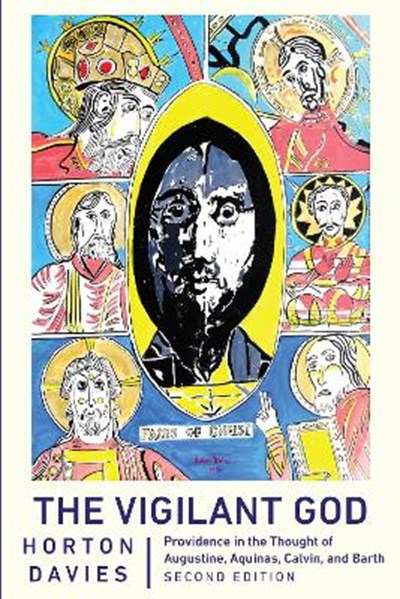 Providence in the Thought of Augustine, Aquinas, Calvin, and Barth, Second Edition

QTY
Add to Basket
Publisher: Peter Lang Publishing Inc
ISBN: 9781433155055
Number of Pages: 142
Published: 28/09/2018
Width: 15 cm
Height: 22.5 cm
Description Author Information Reviews
The Vigilant God by Horton Davies, a non-conformist minister who taught in the Religion Department of Princeton University and attended church regularly, is a reconsideration of the belief that God is still active in history. It is a reassessment of the theology of Providence in the thought of four major Christian theologians (Augustine, Aquinas, Calvin, and Barth) and of their views on predestination, theodicy, and free will, leading the author to consider the role it might have for the future of humanity. The book starts with a sketch of the biblical sources relating to Providence, predestination, election, and reprobation. Davies sees Augustine's doctrine of Providence and his view of evil as privatio boni, as greatly influenced by Plato and his followers. He dwells on Aquinas the man, his life and his character, open to Aristotle and his Jewish and Arab commentators, before plunging into the structure of his encyclopedic thought and works. Davies appreciates Calvin's regard for Scripture as a means of illumination of the Spirit, but rejects the pastor's views on predestination as tyrannical and unjust, and believes that Barth's positive insistence on God's universal mercy is necessary against the horrors perpetrated in the twentieth century.

Horton Davies (1916-2004), D.D., D.Phil., D. Lit., Edinburgh and Oxford, ministered in London during the war, and founded the Religion Department at Grahamstown, South Africa (1946-1953). Invited, he first returned to Mansfield College, Oxford, to chair its Department of Ecclesiastical History and then to Princeton University's Religion Department until he retired in 1984. The author of some thirty-five books, including the six-volume Worship and Theology in England, for which he was given the prestigious Oxford D.Phil. degree, Dr. Davies started painting in his free moments, a hobby that he took up full time from 1984 to 2004.